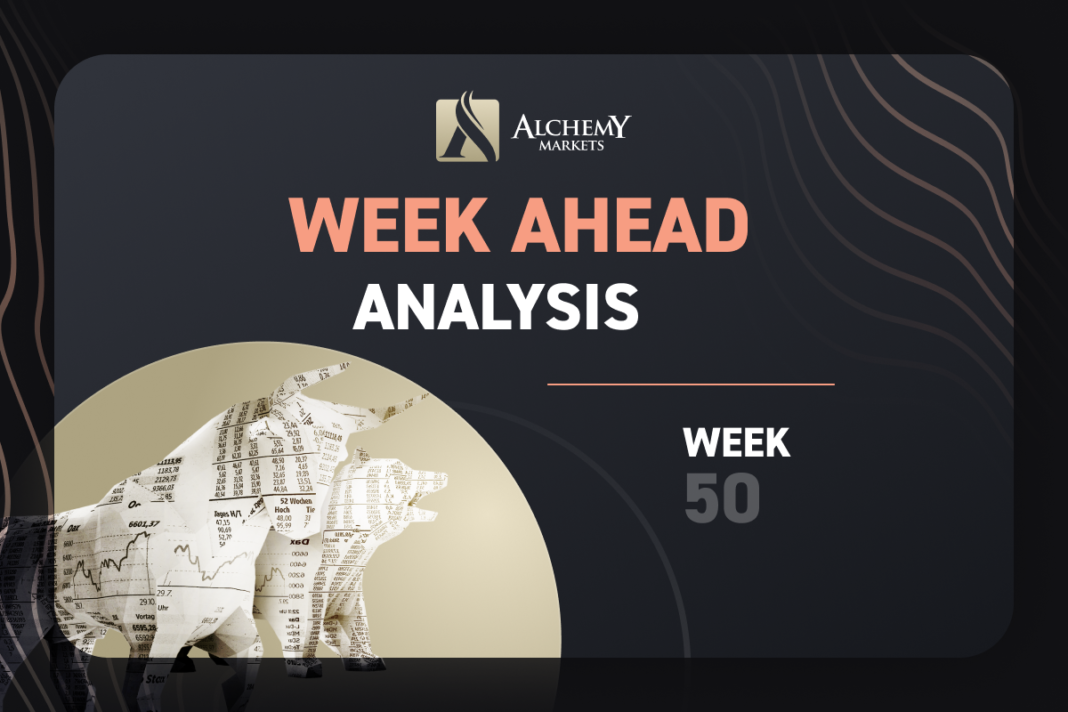 It has been quite some time since we had such an eventful week with a monstrous amount of data.

We will be giving a quick take on US inflationary data and FOMC tomorrow. Come back to our blog tomorrow to find out more. 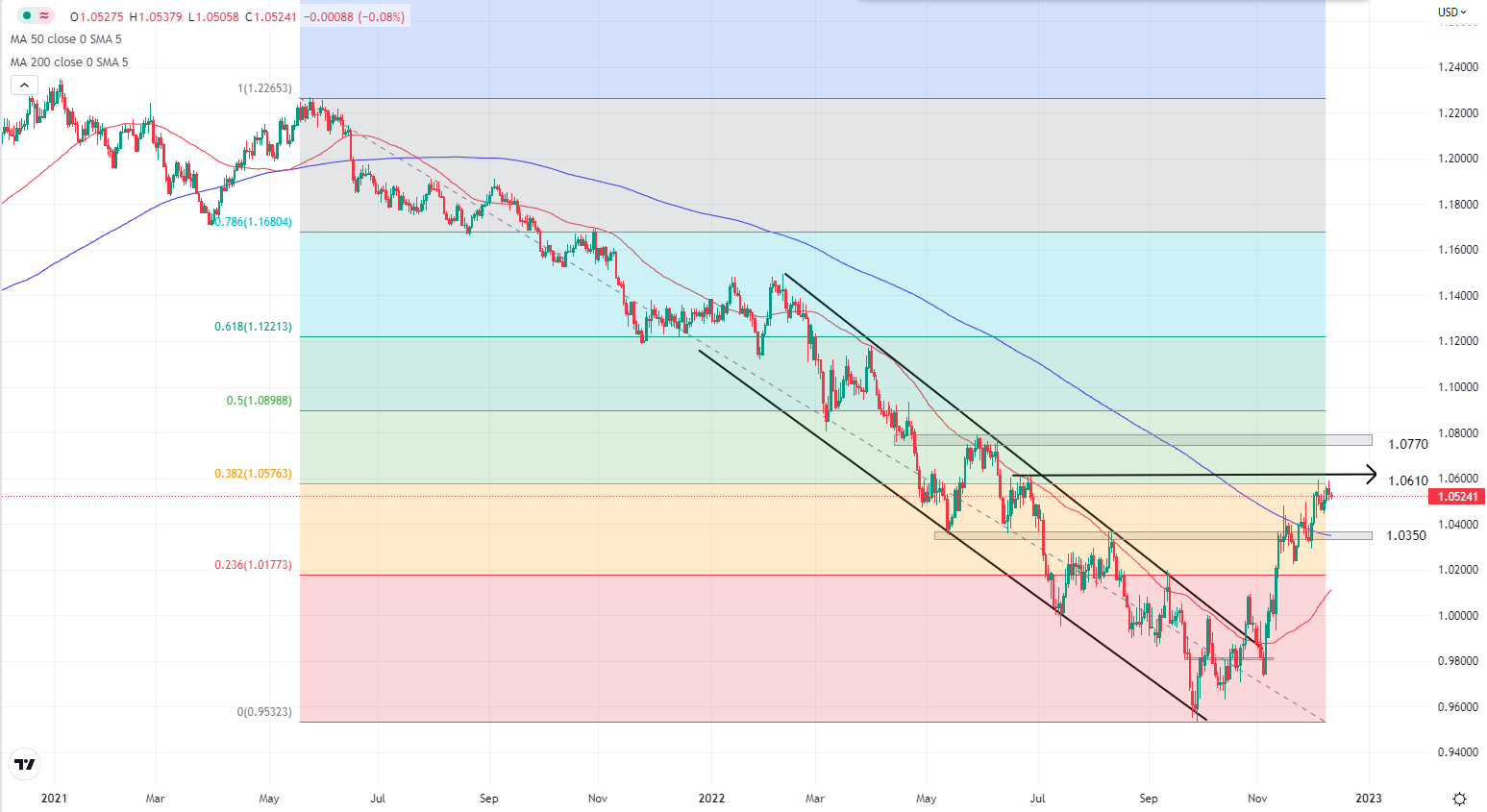 The rally on EURUSD has been put on paused post-PPI data and the markets are staying cautious ahead of a heavy week as there are just so many events that could tilt the market one way or another. US PPI on Friday was greater than forecast at 7.4% year-on-year to the end of November

On the technical front, the 38.2 Fibonacci level is acting as a tough resistance with a potential double top currently in formation. If the double top plays out, we could see a retracement toward the 1.0350 support.

A fakeout could take place near the 1.0610 level while the 1.0770 is the key level and once crossed, it is a strong sign that a longer-term bullish trend is established.

The yellow metal, as with EURUSD and GBPUSD, has been consolidating below their respective key resistance. We can say that gold has started the week on the wrong footing as the Asia session wrapped up with an $8 loss.

Trading volume may remain muted for today and heightens significantly starting tomorrow till the end of the week. Then, we may observe a slowdown in trading activities across the board as market participants are starting to pack up and getting ready to end the calendar year and celebrate the festive season ahead.

US crude continues to dip as recessionary fears loom. The effects of the price cap are still yet to be seen while Putin said on Friday that they could refuse to sell oil to any nation that imposes the price cap.

Although China has abandoned its zero-covid approach, it would take some time for their oil demand to pick up speed and until then, crude oil prices could continue to slide until it finds support near $65.60.China has also removed its health monitoring app, and officials there are preparing for a sharp increase in cases and the redeployment of hundreds of thousands of medical professionals.

The technology sector is not having a great time since late August. A global economic slowdown due to many factors such as China’s previous covid policies and the Russian war weighed down on these giant firms, causing them to carry out mass layoffs and delay hiring amidst poor performance. A central bank that keeps rising interest rates is not good news for the equity markets either.

On a higher timeframe, the Nasdaq index is still trading beneath its descending trendline and 12000 did not give in. Now stuck between the 50-day SMA and 12000 resistance, the index will be super sensitive to the upcoming events, especially the FOMC press conference and expectations of future rates.

On the other hand, the Dow is faring better.

Dow Jones has had a strong bounce up from its lower boundary since the start of October which subsequently pushed the index beyond its bearish channel. Although the movements are starting to slow in anticipation of this week’s events, it is still holding up pretty well above the channel.

Another interesting thing to note is that the golden cross is almost happening in which the 50-day SMA is crossing upwards of the 200-day SMA. What is the probability of this playing out? It depends, and mostly on the CPI. If the headline inflation figures surprise to the upside, then the Fed may put out something more aggressive during their meeting, which spells bad news for equities, which means the golden cross will most likely fail to materialize.