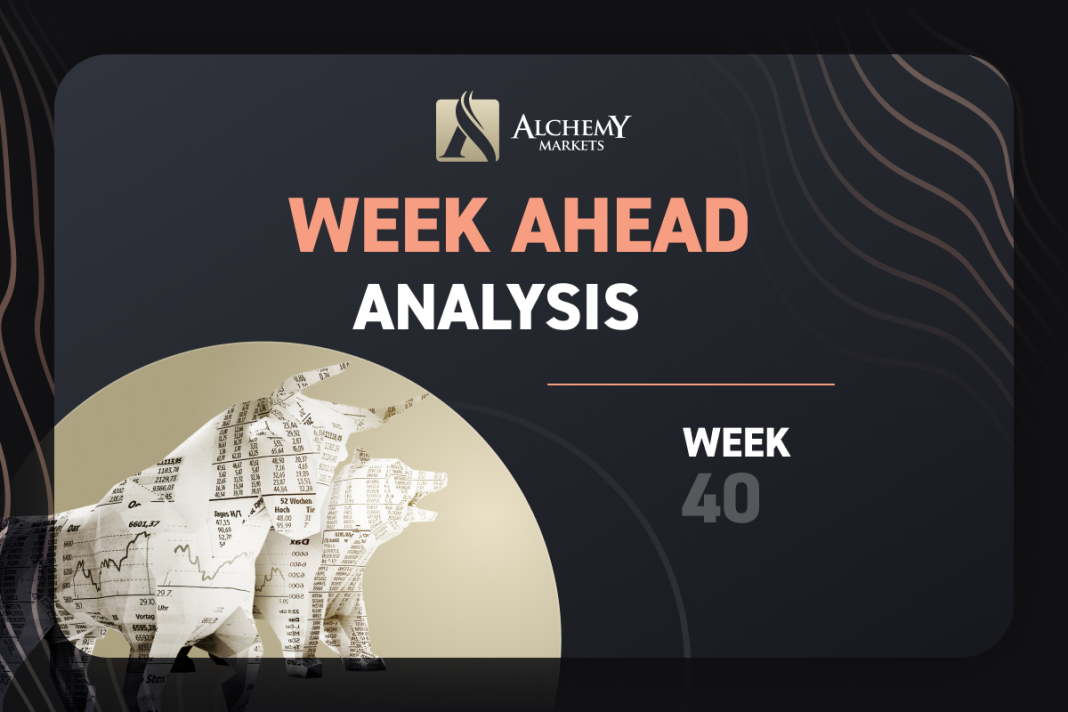 PCE Price Index m/m on Friday came out slightly higher than expected, 0.6% vs. 0.5%, while the annual metric stands at 4.9%, beating expectations by 0.2%, underpinning the consistent growth in strength in the US Dollar.

It is a heavy week filled with news events to kick off the final quarter of 2022.

Highlight for the day

The UK is reversing its Mini Budget plan. Kwarteng stressed that the chaotic market last week was due to a global issue, and not his plan. Markets are pricing in a lower rate hike from the BOE after this was announced, down from 200 basis points on 26th September to below 125 basis points now.

Let’s have a look at how Cable is reacting to the U-turn by the UK government. 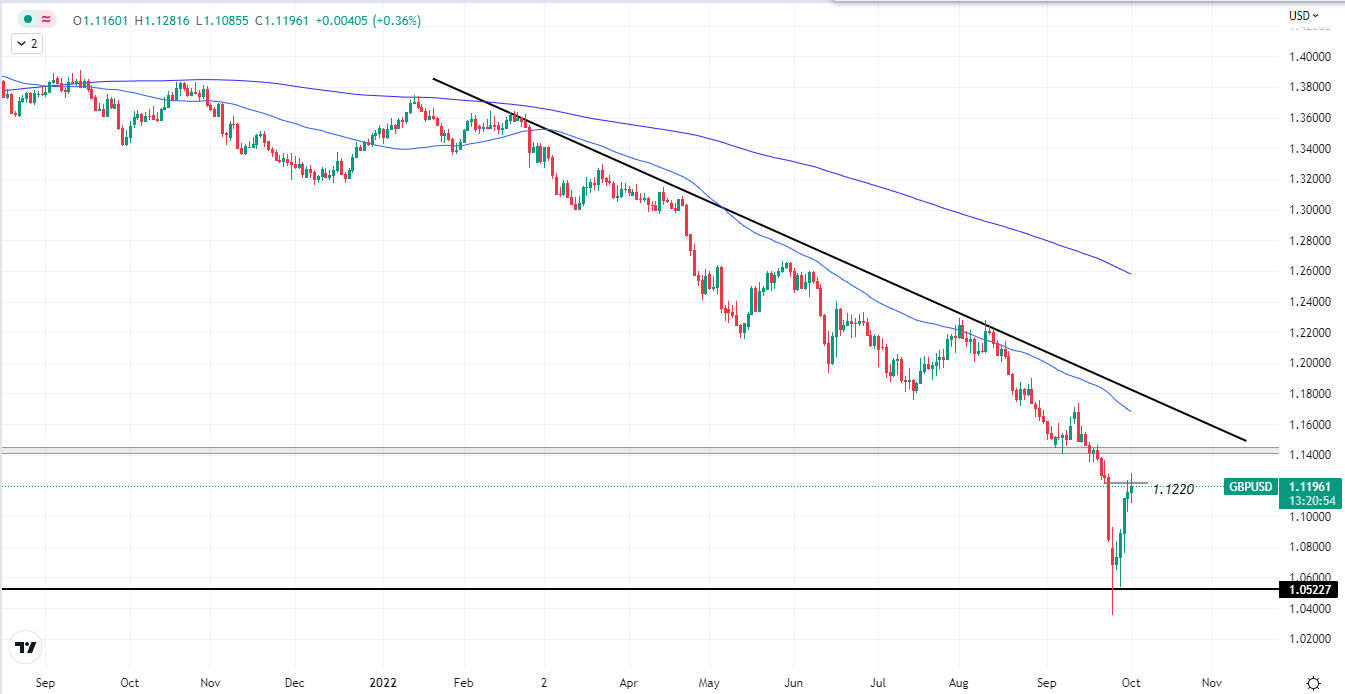 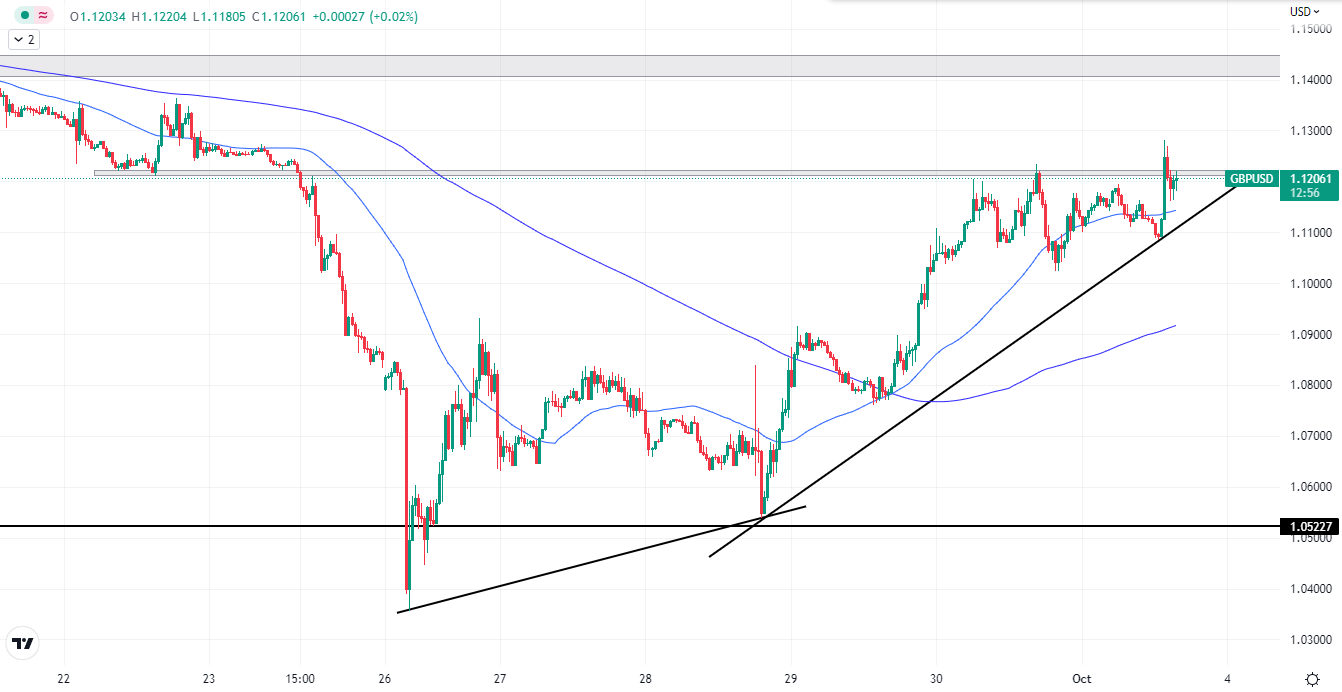 The pair has recovered almost all of its losses since it first plunged to its all-time low last Monday. On the thirty-minute timeframe, consecutive higher lows have been formed and there was a crossover of the 50 and 200-period simple moving average, signaling bullish intentions. Adding to the confluence is the slope of the bullish trendline is getting steeper, indicating an increase in buying pressure in the short term.

The pair is attempting to break through 1.1200 resistance right now as the European session is getting ready for Q4 2022 while adjusting to the latest update on UK’s fiscal policy. If the price closes above the resistance successfully, we may be looking at GBPUSD going back to the 1.1300-1.1400 range. 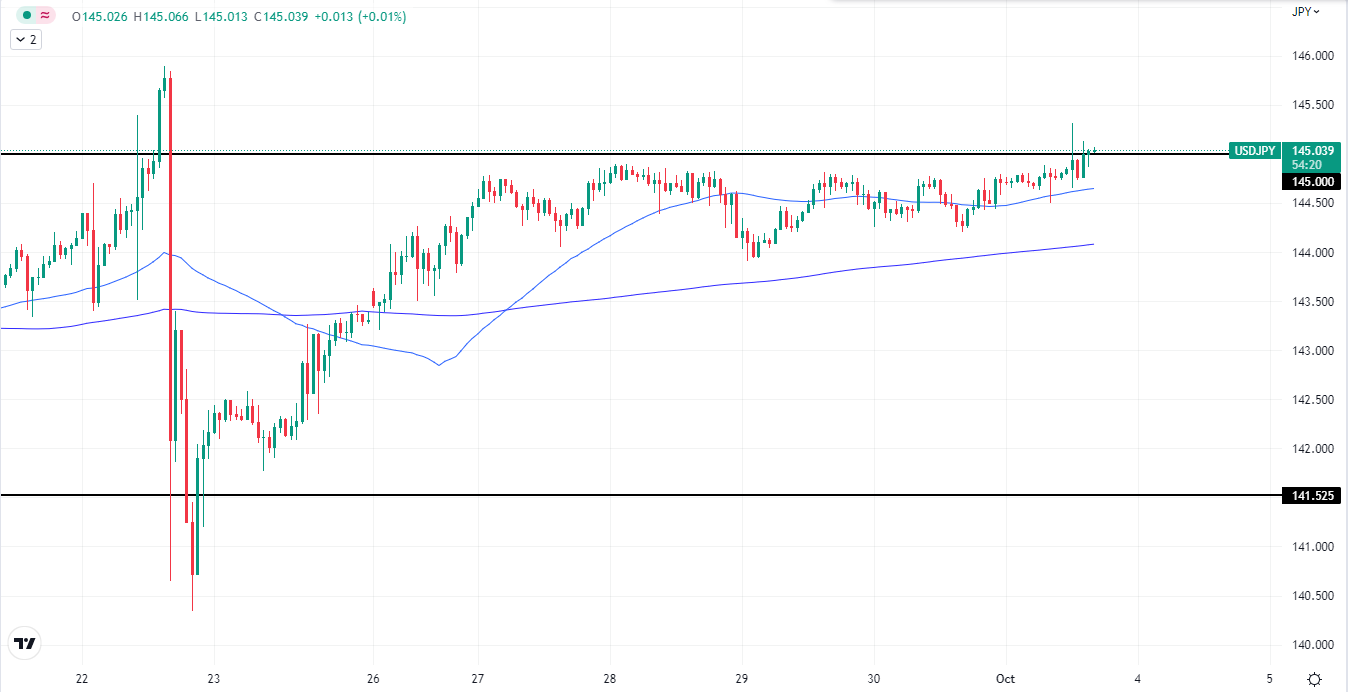 The dollar is slowly but surely rising against the Yen and it looks like a break above 145 is imminent, considering the longer-term bullish trend and also the fundamental factor working in USD’s favor. 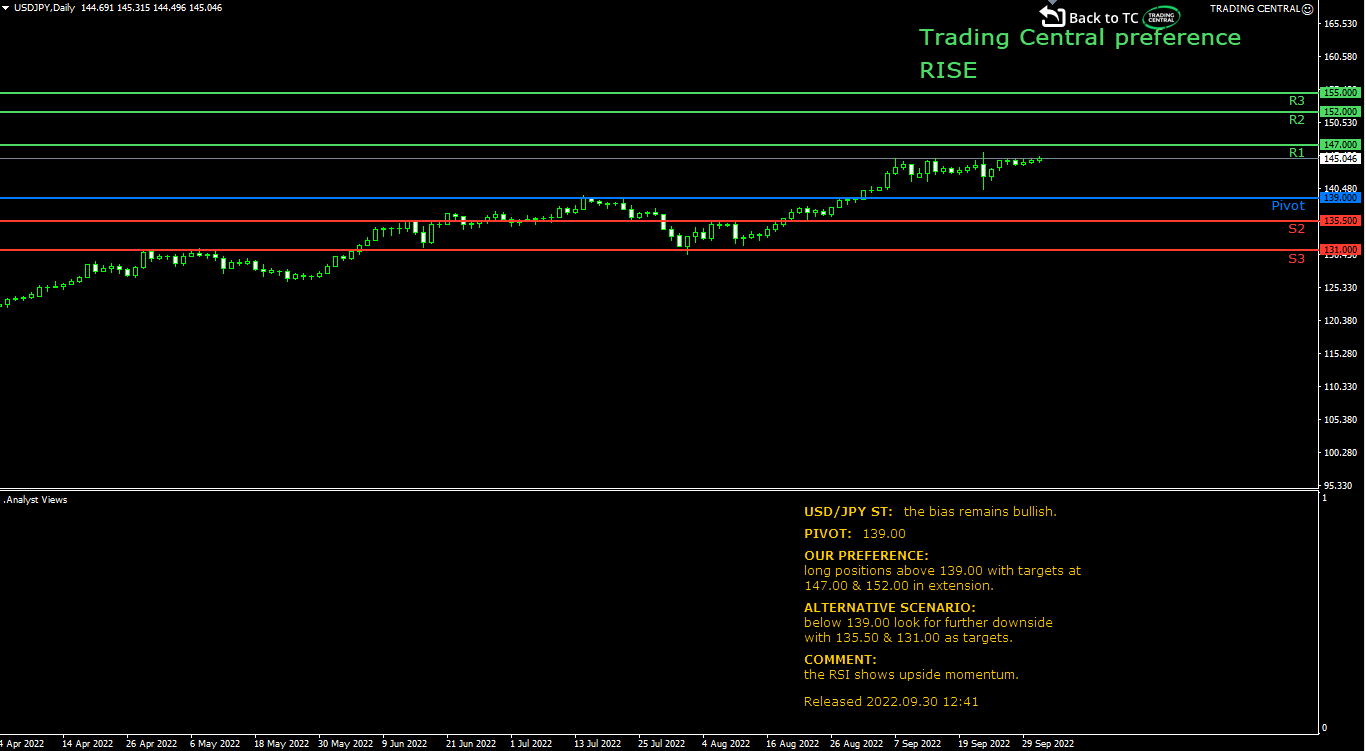 Using Analyst View from Trading Central, we receive a bullish confluence on our view. The immediate resistance to watch out for are 147.00, 152.00, and 155.00 as marked up on the chart. 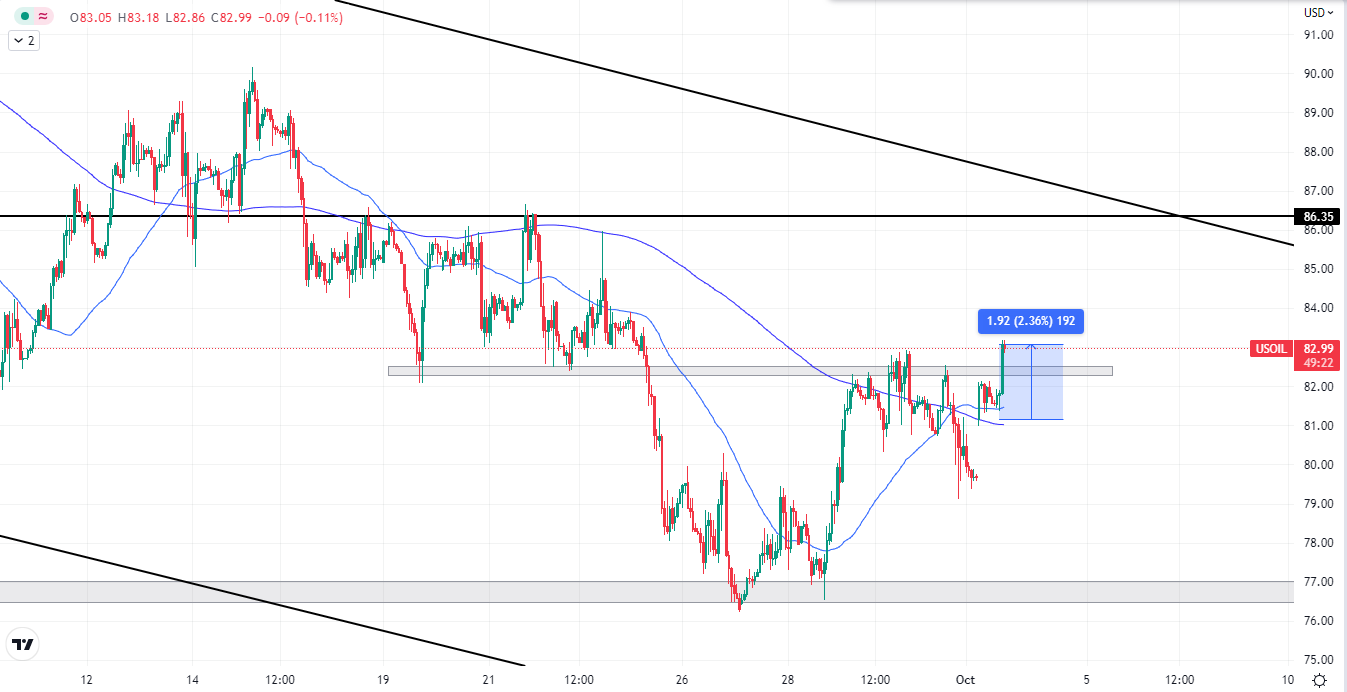 US Crude is up 2.36% since Asia opens in anticipation of a production cut that will be finalized in the OPEC meeting on Wednesday.

The pair is now on a minor rally, trying to close above 82.30 resistance. If that is successful, 86.35 will be our first target. Note that the global economic slowdown amidst rising interest rates is still limiting the upside and we are still in a bearish market structure from a bigger picture point of view.

Sign up and trade with Alchemy Markets now.
The only place where you get to trade more than 1000 instruments including Stocks, FX, Cryptos, and many more with ultra-low spreads and institutional-grade liquidity.