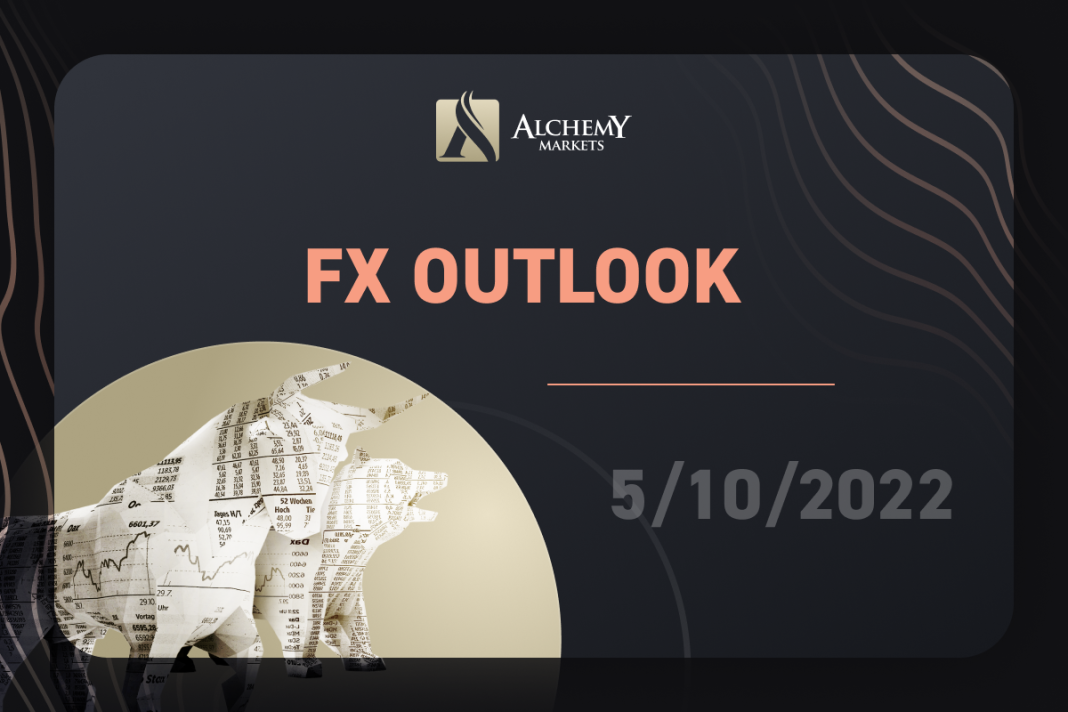 Recapping what happened this week:

All eyes are on Nonfarm payroll (NFP) this Friday with analysts estimating a 50k drop in numbers, standing at 265k new jobs created in September. This event is going to be particularly important as it may influence the Fed and its hawkishness and the possibility of a Fed pivot in their next meeting.

If the NFP is bad, ie: the numbers are lower than expected, it signals a tight labor market. Coupled with a slowdown in JOLTS print and the worst manufacturing PMI data in almost 2.5 years, it could potentially lead to a Pivot where the Fed becomes less aggressive in its rate hikes and starts to reconsider its tightening policy. Although containing runaway inflation is their main objective, letting the economy slide into a recession is not feasible either.

On the other hand, if actual beats expectation we could see the greenback continue strengthening as the Fed has more room to follow through with its tightening plans.

Let’s look at what the market is pricing now.

Market participants are now gravitating toward a no-pivot scenario as we observe the probability of a 75bps rate hike has increased dramatically over the past week, from 50.8% to a whopping 66.9%. It seems like there is nothing stopping the US dollar from getting stronger.

On a side note, if you are paying attention to the stock market, you may have noticed the recent rally. The stocks market had its greatest 2-day gains on Tuesday since the pandemic started, giving the equities market a strong start to the quarter. However, a strong NFP number put downward pressure on the past day’s rallies as this would reinforce the Fed to continue with their path of rate hikes, undoing the recovery and sending risk assets back into bearish territory again.

With that being said, the main FX pairs that will be affected are: 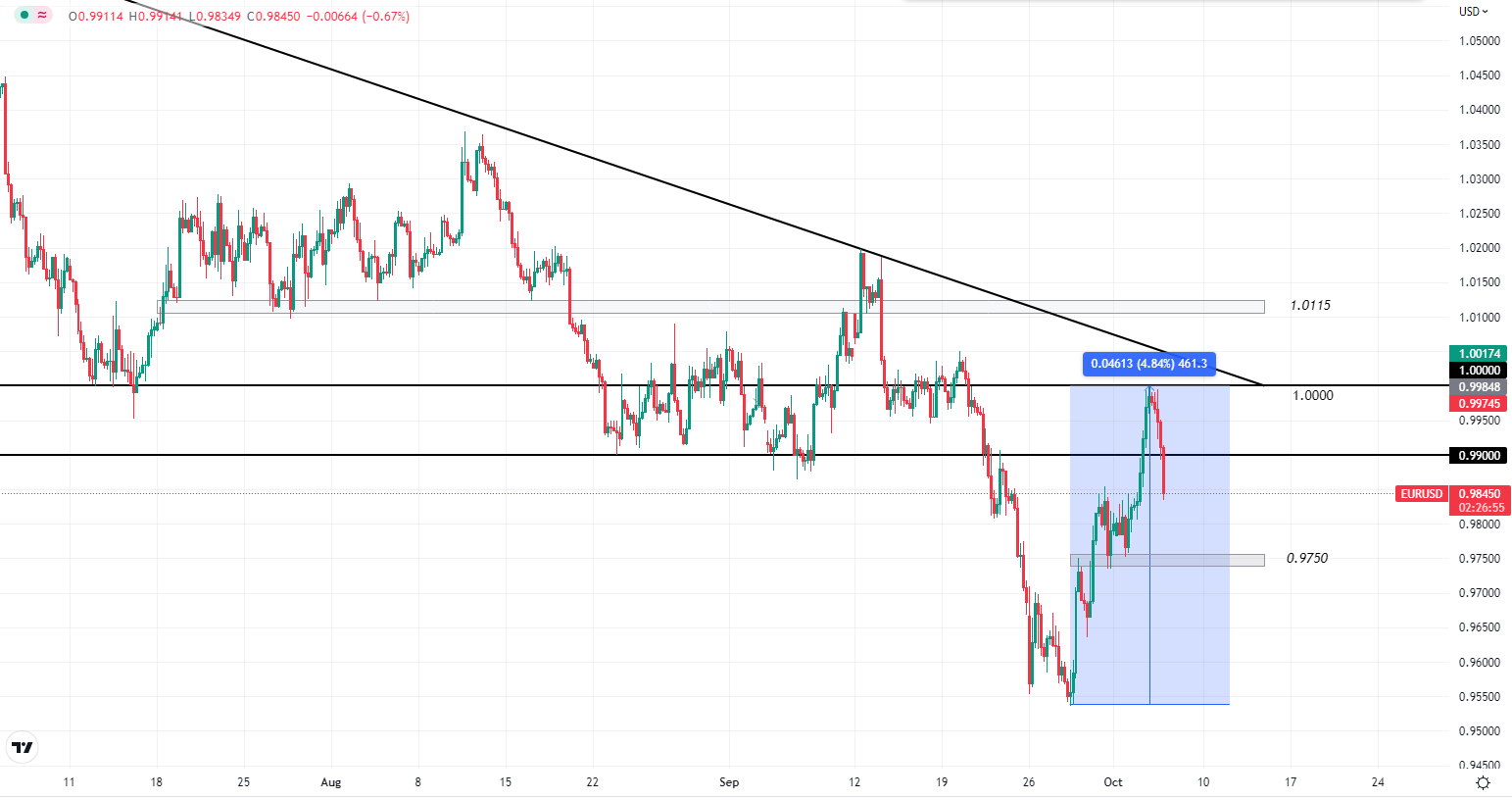 The Euro has had a spectacular recovery (+4.84%) after plunging to a decades-low near 0.9535 on the 28th of September. It could be attributed to the dollar’s short-term correction and the premature belief that the end of an aggressive Fed is nearing with them softening their hawkish stance prior to their next meeting.

EURUSD was seen stalling near parity amidst the PMI data and failed to hold its ground as the European session’s bell rang. When the PMI came out, it didn’t help the pair and it fell further as the data came out slightly better than consensus.

From a technical standpoint, the parity looks to be strong resistance. After all, there is no fundamental reason for the Euro to be relatively stronger than the greenback, at least under the current economic climate. At the time of writing, the sellers have already pulled the pair 155 pips below parity, undoing most of yesterday’s gains. Since 0.9900 support has been breached, it is now the immediate resistance, with the next support set at 0.9750.

Our preference remains bearish with the longer-term descending trend backing our idea. NFP on Friday will contribute more volatility not only to the fiber but also to the following pairs that we will be discussing.. 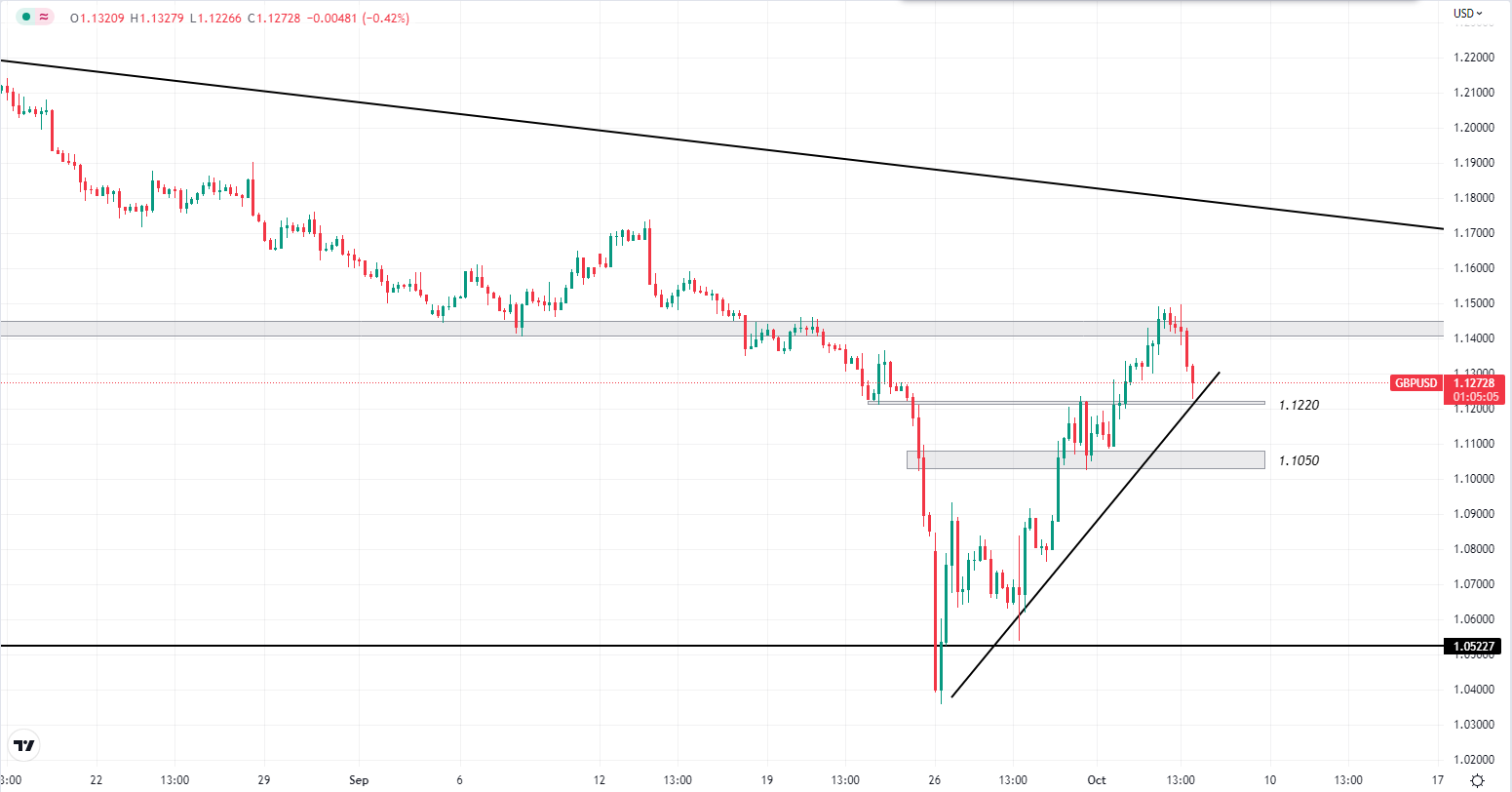 Cable started the week strong by continuing its previous week’s recovery. UK’s mini budget’s U-Turn took the centre stage this week, leading to temporary gains of as much as 3% for the week.  Kwarteng, UK’s new chancellor was quick to shift the responsibility after the Pound sank to its all-time low, stating that the market havoc was due to global issues and not his tax-cut plan.

With the mini-budget being recalled, the market is more stable and investors are now pricing a lower rate hike from the BoE as they have no need to raise rates as aggressively due to the Pound crash.

In terms of technicals, we are seeing a short-term bullish trend indicated by the upward trendline that we’ve marked. However, GBPUSD has surrendered some gains after meeting the 1.1500 resistance area earlier today.

The next question is this – Will the Sterling continue to rise against the dollar and test its bearish trendline on the higher timeframe? We will find out soon as NFP is going to, as mentioned, creates additional volatility for the pair. We are not ruling out a short-term price advance, but the longer-term target remains on the downside. 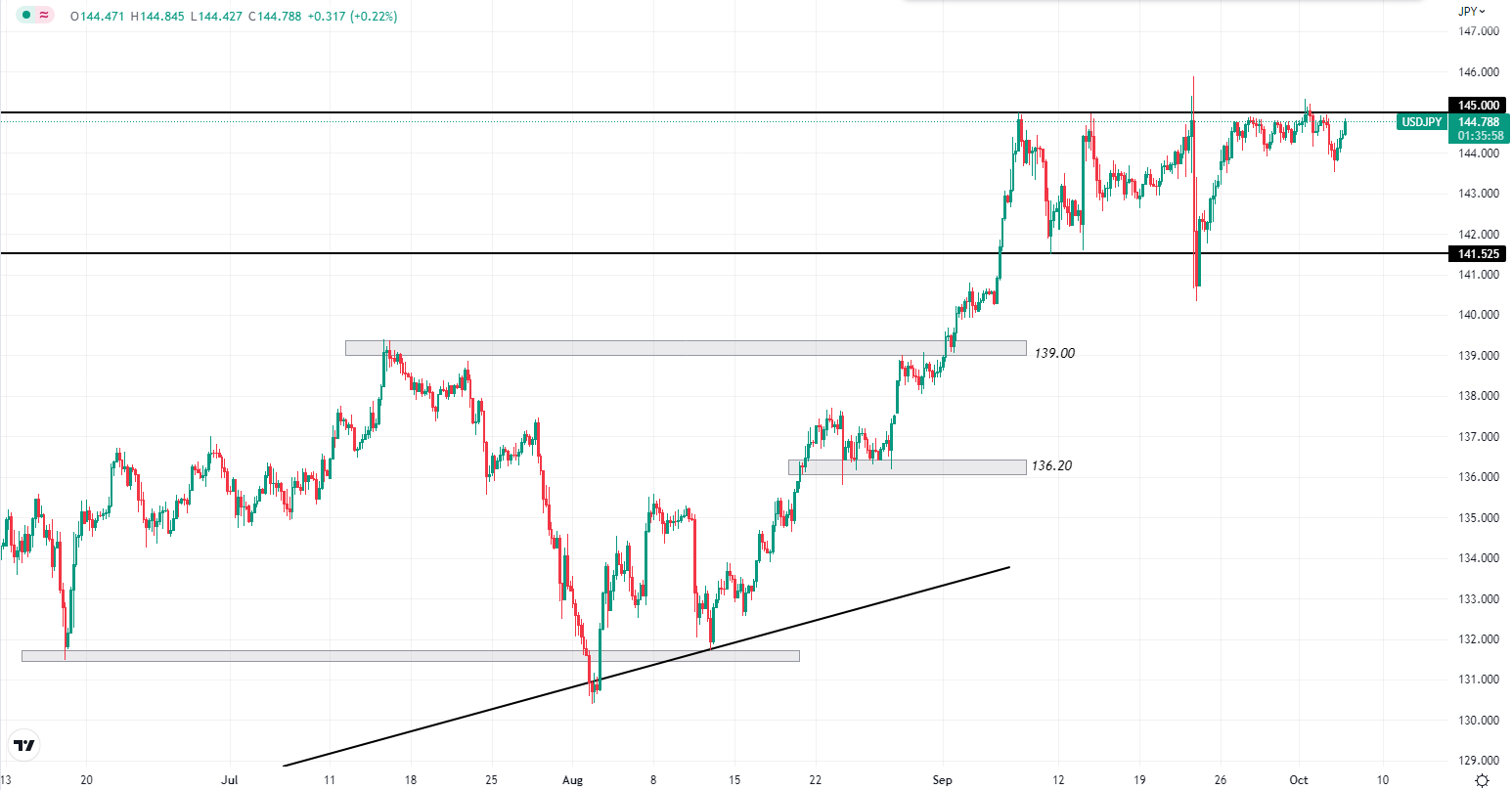 Following up on our previous analysis, USDJPY did play out as we predicted. The effects of Japanese intervention on their currency were short-lived and the pair crept higher slowly as soon as the plunge subsided.

USDJPY has been flirting with the 145 key area for more than a week now and it seems like a breakout is imminent. From our experience, the longer the consolidation, the more aggressive the eventual breakout is going to be.

With that in mind, our preference for USDJPY is strongly bullish with a target near 147.60. Nonetheless, these price levels have not been visited for more than 20 years, and thus psychological levels will be used as our reference points, ie: 146.00 and 147.00.

Please bear in mind that BOJ Kuroda is scheduled tentatively for a speech today. We shall see if he’ll pull any surprise move but I doubt that will happen before the pair tear higher into the 150.00 area.

Sign Up Now to trade more than 1000 instruments with competitive spreads and commission-free. Only at Alchemy Markets.