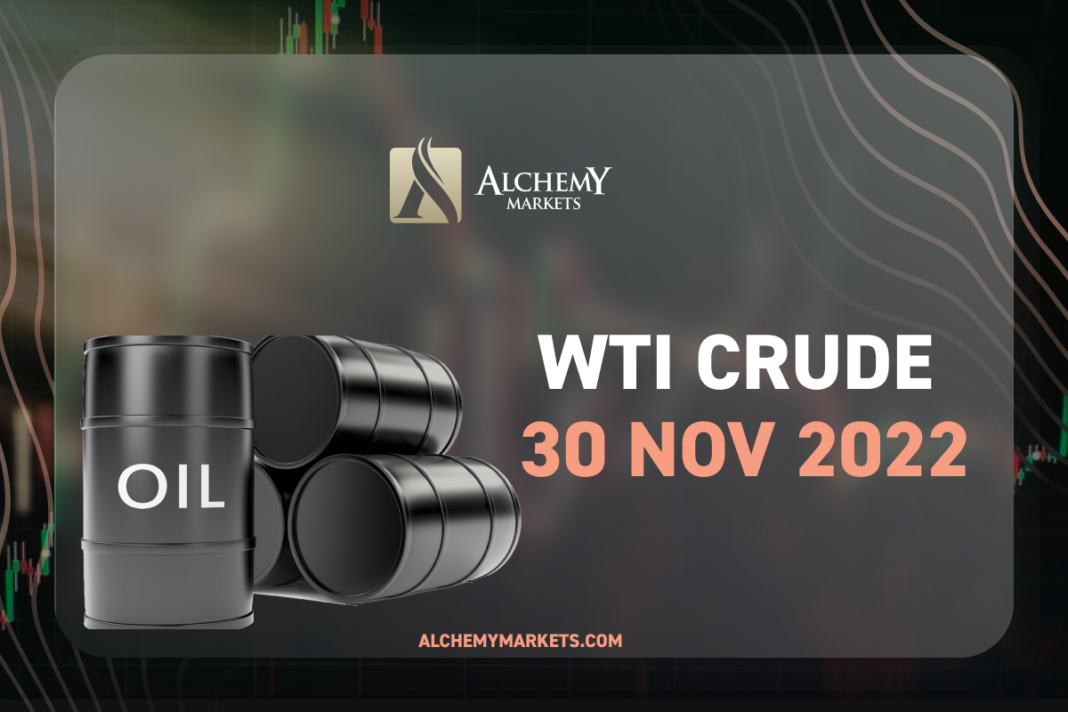 WTI ended the session yesterday with a +3.11% gain, marking its biggest single-day gain in almost three weeks as market participants see the light at the end of the tunnel, with China announcing to speed up vaccination for the elderly, prompting looser curbs in the very short term and subsequently boosting oil demand.

The commodity is still seen consolidating 5 hours after the Asia session began as investors stay cautious amid upcoming key events.

NFP might inject some volatility to oil prices prior to the more important OPEC+ meeting and the implementation of sanctions on Russian oil.

Reuters reported yesterday that the group is likely to keep production policies unchanged, according to multiple sources. It is also worth noting that the group has lowered its output target by 2 million bpd to buoy up oil prices.

EU governments did not come to an agreement as Poland wanted the price cap to be lower than 65-$70 per barrel which has been previously discussed. Furthermore, a meeting between EU representatives scheduled for Friday evening has also been canceled.

Our preference remains bearish in the short term, citing the existing bearish trend on the daily timeframe. The pair may need some time to apply its brakes and make a potential reversal after finding probable support near the $65.50 key support.

Key confluences for a bearish view include the solid double-top pattern and the price is still trading below both 50 and 200 SMAs. The weakening dollar is also playing in our favor. The greenback tumbled more than 6% in its previous downswing and is now supported by its 200-day SMA.

In the long term, crude oil is in a great position to initiate a bullish run provided that China is eliminating its restrictive policies, places are mostly if not fully opened up, and its economy is in full steam again.

If you’re trading crude oil, it is best to remain cautious as volatility increases. Use the alarm manager to keep yourself alerted on sudden changes. The alarm manager can be found in your client portal.