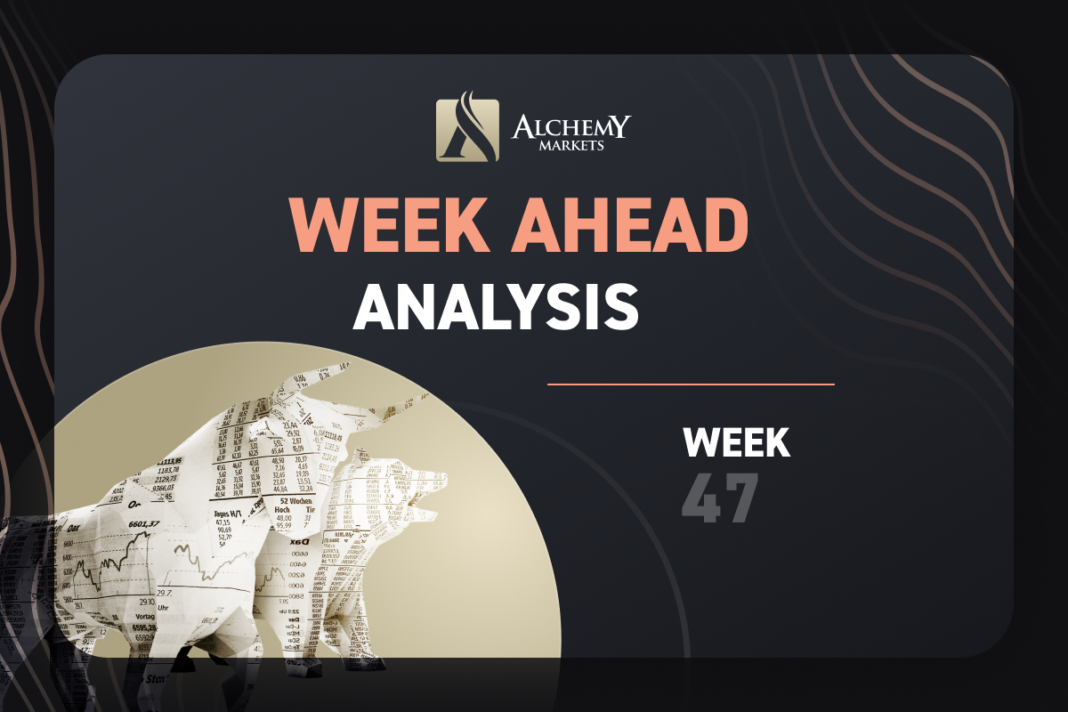 The economic docket is relatively tighter during the mid-week and Thanksgiving may limit trading activity and volume.

FOMC Meeting Minutes on Wednesday take center stage this week as market participants look for more clues in regards to where the Fed stands for interest rate changes. 3 Fed members will speak on Wednesday.

The US dollar climbed slightly in the past week thanks to Fed rate hike bets, closing at 1.5% above its swing low.

The Sterling is holding up decently despite the announcement of a new budget with cuts in government spending and a raise in taxes last week.

On the technical front, bulls are holding grounds above 1.1850 resistance and it looks to be an encouraging sign. A further rally would lead the pair to meet the 1.2285 resistance and the 200 daily SMA. On the flip side, 1.3450 and 50 daily SMA would be the support should the pair decline.

Is the Covid Zero policy coming back again? As cases multiply, a city near Beijing is back into lockdown mode just one week after China issued laxer rules on restrictions.

USOIL lost almost 10% last week, marking its biggest weekly loss since the first week of August. US Crude seemed to be unsuccessful in its attempt to break out from its bearish channel with the price slipping back near the channel after double-topping around $93.30.

Today, US Crude fell slightly as the market opened up in Asia, and it is poised to test its 7-week low near $77 shortly. Our bearish confluences include the strength in USD (Fed members are still hawkish and firm to pin down inflation) and concerns over oil demand (China restrictions). On a side note, Hong Kong leader tested positive after meeting President Xi last week.

Gold’s bullish run was put on pause last week as we witness a retracement from the $1786 high. At the time of writing, gold is on its fourth day of consecutive decline and heading towards the $1730 support.

Our preference remains on the upside, betting on a continuation of the previous bullish momentum and a fade in the dollar’s strength amidst a slowdown in rate hikes. However, the risk remains in the speeches from Fed members and FOMC meeting minutes.

Nasdaq 100 sank 1.16% last week. Although the Fed may slow down the pace of its rate hike, it still doesn’t change the fact that interest rates are going to increase in the following months and may reach a terminal rate of 5.00-5.25% based on Fed Mester, which is not good news for equities.

In terms of technicals, the index is struggling to stay above 11637 resistance, and a slowdown in volume this week may not help. It is still trading below a bearish trendline on a bigger timescale, so our preference remains bearish.