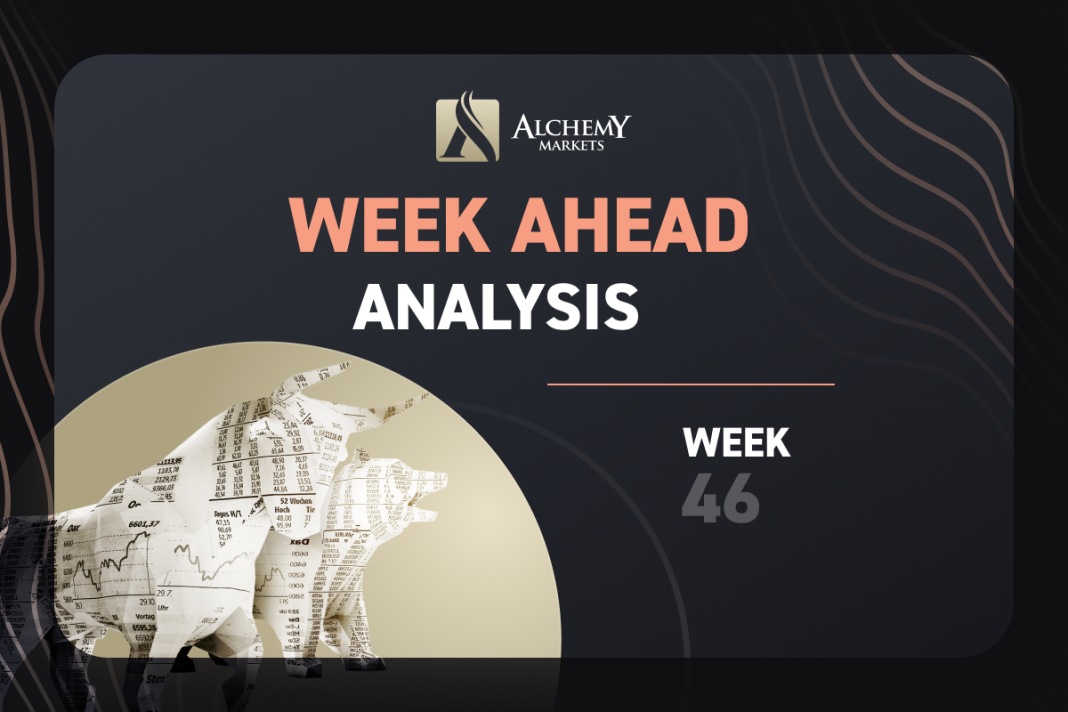 Equities in Asia have had a great run since the beginning of November, with the Hang Seng index (HKG50) bagging as much as 23.6% before retracing slightly. Major contributors to the rally include relaxation in covid restrictions and rescue packages for the property market, both happening in China.

On the technical front, the sentiment is hugely tilted to the upside after the price broke through multiple resistance zones and is currently testing 18150. The question for traders is whether the index is in the overbought territory. Some additional confluences supporting long positions are the higher highs and higher lows, accompanied by the cross in 50 and 100 SMA on the 4-hour chart.

Gold also enjoyed the effects brought upon by the shrinking US dollar’s strength, with its most recent impulsive move stretching as far as $154 in gains since November’s NFP. The euphoria from signs of the economy moving away from peaked inflation fueled a further rally and based on the momentum, we believe that the yellow metal can continue its climb with the next target near the $1805 resistance zone.

With that being said, there are still a few factors that could move markets namely the US PPI that is scheduled for tomorrow, and the commencement of the G20 meeting with US President Joe Biden meets the leader of the PRC, President Xi.

On Wednesday, investors eye inflation data from the UK (CPI YoY), and the US Retail Sales.

According to the economic calendar from Trading Central, the consensus is 11%, which is almost a whole percent higher than the previous print. Will the UK inflation data follow in the footsteps of the US’s CPI?

Consumers continue to be plagued by rising energy costs not just in the UK but throughout the entirety of Europe as winter approaches and Russian energy supplies are being cut off. Energy is the largest component of the UK’s CPI calculation.

The Sterling is advancing in a rising wedge while breaking through its bearish trendline on the daily timeframe and is now met with the 1.1850 resistance zone. Although it is unlikely, a break above this level could pave the way for further upside. We are anticipating the resistance zone to hold and a return to levels beneath the daily trendline given the longer-term trend is to the downside.

There’s still little movement on the Dow as investors are awaiting the opening bell. The disinflation-led rally contributed a break out of the descending channel in the past week, which also marked a week with considerable gains (+4.3%) for the Dow.

Should the US PPI print a lower-than-expected figure, it may reinforce the notion that inflation is indeed cooling, even on the producers’ side, and may give further boosts to the equities.

Solana, a once-promising cryptocurrency has been affected heavily by the FTX debacle, having lost almost 60% of its value in the previous week due to its tie with FTX. FTX’s venture capital arm has a few projects based on Solana.

SOLUSD is now down more than 95% from its all-time high.

Furthermore, 18 million SOL tokens are expected to be released into the market as its staking lock-in period ends (which was scheduled for 9,10 November but has been delayed to an unconfirmed date). A sudden surge in supply is no good news for the coin and we are expecting a further fall to single-digit value.

On the lower timeframe, we are noticing a 23.6% rally on Solana since this morning. Could this be a dead cat bounce?