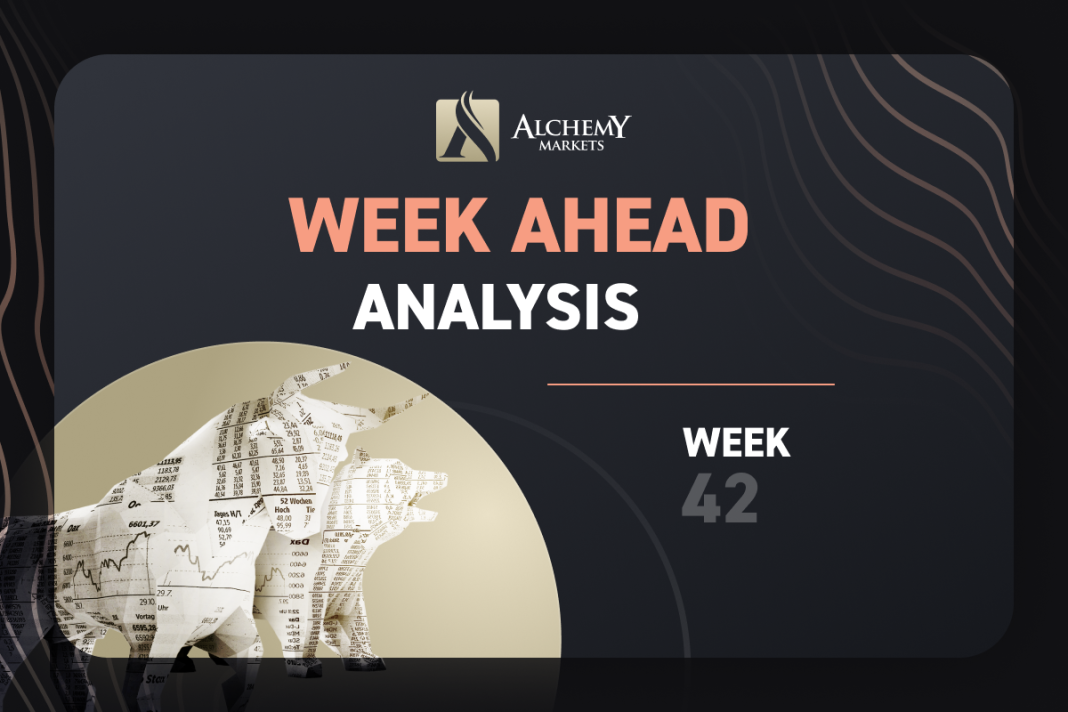 Our focuses for this week are as follows;

Jeremy Hunt took on the position of UK’s finance minister after Kwasi Kwarteng was sacked last Friday. He is scheduled to give a partial statement on his medium-term fiscal policy later today. President Liz Truss also announced on Friday of more U-turns of the mini budget. Emergency bond buying has ended last Friday as planned. Continued volatility is to be expected for this week for GBPUSD 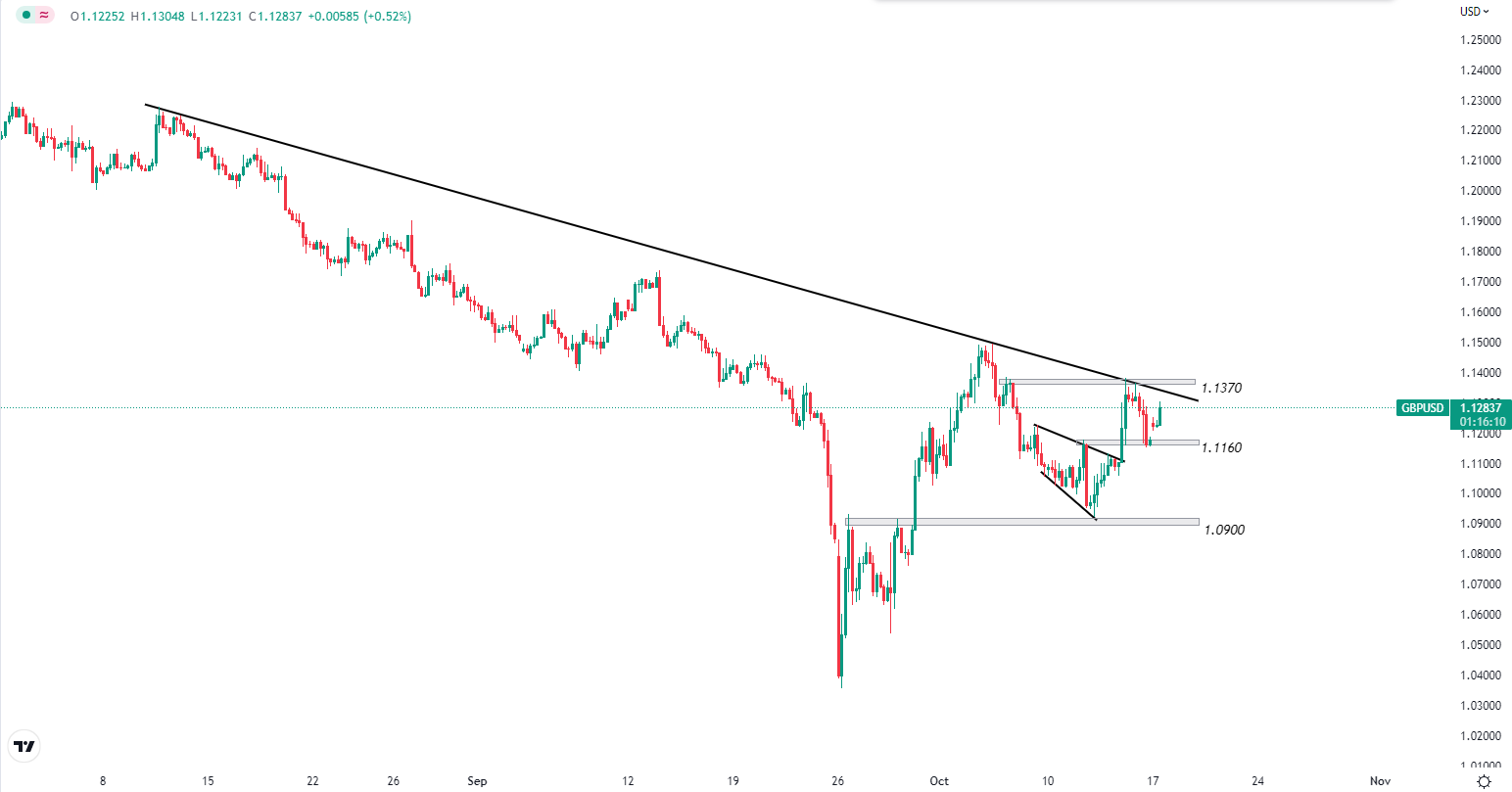 Cable gapped up as the Asia session started and rose as much as 71 pips before a minor retracement this morning. Markets is expecting a shift in UK’s fiscal stance as Hunt took over as the new Finance Minister.

GBPUSD is currently testing the upper band of a declining trendline on the H4 timeframe. 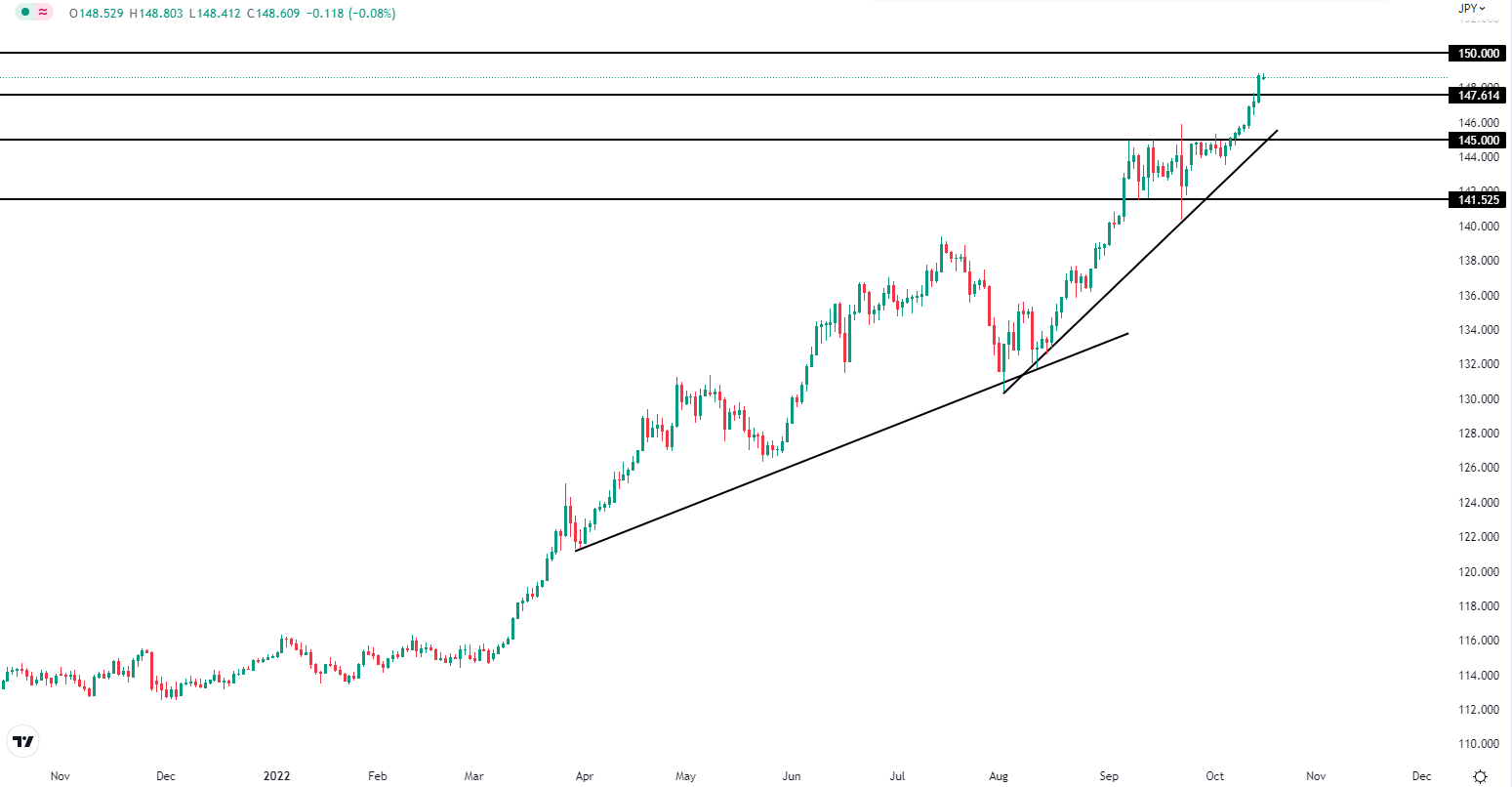 After eight consecutive winning days, USDJPY is still continuing its search for a ceiling. Currently trading at 32-year-lows, there is a high chance of intervention by BOJ again.

Let’s take a look at what happened so far:

The last time that BOJ intervene was almost a month ago. The pair sold off sharply following the announcement but has since established new highs. This has the Japanese authority worried.

Japan’s Masato Kanda said that countries would respond accordingly to oversized fluctuations in the currency markets. Shunichi Suzuki, the finance minister of Japan also said that firm actions would be taken against wild currency moves.

Investors are staying cautious and on high alert for any related news. For now, it seems like the bullish momentum on the pair is not slowing with the up move having a steeper slope. 150 key psychological level will be critical and high volatility should be expected.

We have mentioned this and we will say it again- BOJ is firm on their loose monetary policies when Fed is largely expected to continue raising rates aggressively. With this significant divergence on monetary policies, the longer term trend will remain bullish for as long as there is no policy changes.

Sign up and trade with Alchemy Markets now.
The only place where you get to trade more than 1000 instruments including Stocks, FX, Cryptos, and many more with ultra-low spreads and institutional-grade liquidity.