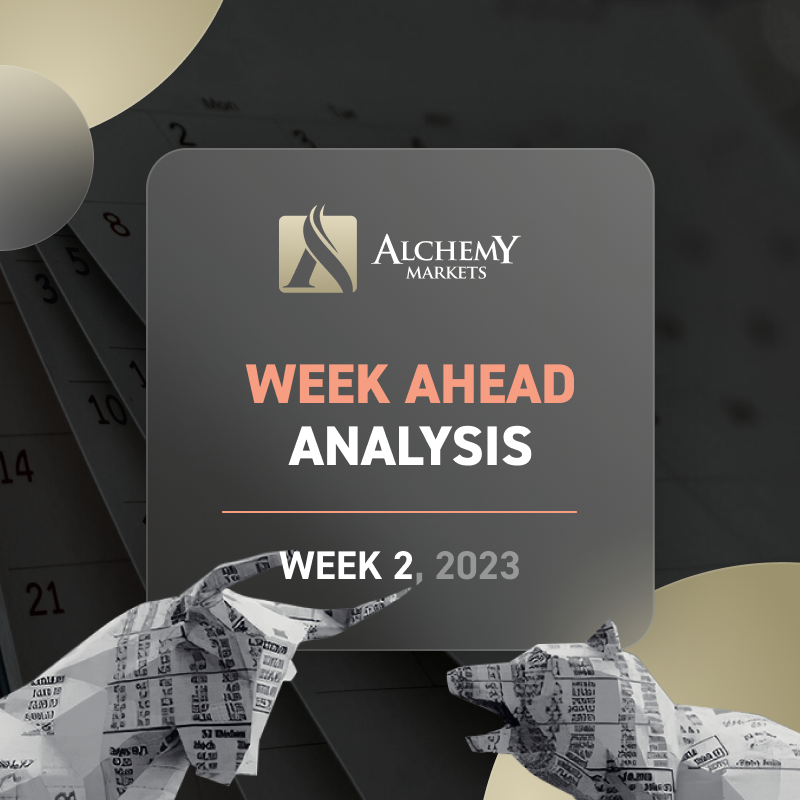 Let’s first recap the first Nonfarm payroll of the year. The American job data came out stronger than expected at 223k versus 200k expectations, but lower than the 256k revised for November. The unemployment rate fell to 3.5% vs 3.6% forecast. These two pieces of information should make the markets wary of a more hawkish Fed as they have mentioned previously that the labor market needs to cool in order to slow inflation.

However, the spotlight fell on the average hourly earnings m/m numbers. A melody to the Fed’s ears, the figure came out at 0.3% which is lower than the 0.4% expected, while the previous reading has also been revised lower to 0.4% from 0.6%. The price pressure stemming from the labor market should’ve eased a little and we shall see how it will influence the Fed’s decision during the next FOMC meeting on February 1st along with the headline CPI data this Thursday.

On Tuesday, traders should watch out for hints from Powell on the Fed’s take on NFP numbers. Then, U.S. headline inflation data will be released on Thursday. Expectations are for a headline print of 6.5% YoY vs a November reading of 7.1% YoY.  The Core CPI is expected to fall to 5.7% YoY from 6% YoY in November.  Headline inflation has been gravitating lower after it peaked in June 2022. Should the data comes in weaker than expected, it could continue to drive equities higher and the greenback lower.

Dollar took a dive following the NFP release which led to an equal-highs formation on the lower timeframe near the 134.500 area. The pair continued lower as the Asia session commenced but it has since recovered some of the decline now partly due to the demand near the 131.000 support.

Traders and investors remain focused on the key market movers this week, ie: the upcoming Powell’s speech and U.S. inflation data. If there is a slightest hint of dovishness from the Fed, it could send the pair and the dollar in general plunging. BOJ Kuroda is also scheduled to speak on Tuesday morning, just 4 hours before Powell’s turn.

Our preference is currently neutral based on the most recent job data. On one hand, we have a growing labor market- more jobs being created and lower unemployment rate, and on the other slowing average hourly earnings.

Due to the dollar’s weakness on Friday, gold jumped higher and we see today that gold is continuing to advance. It is now trading at $1878.365 per ounce and is nearing the $1900 key resistance.

Again, this pair is highly dependent on the outlook and sentiment of the greenback. A breakout from the rising wedge is indicative of a strong bullish momentum provided that the pair has been in a long rally since early November last year. We believe that the yellow metal could reach $1900 shortly based on the underlying bullish strength and bearish sentiment on the US dollar.

On the charts, we have just revised our trendline on the daily timeframe for US crude. The new trendline now accommodates the latest swing high on the commodity (circled in blue). Coincidentally, the third touch on the trendline is also where the price met the 50-day SMA, and due to that, we are seeing a strong sign of short-term bearishness.

Fundamentals- Most of the attention is now gathered on the reopening of China. Optimism began to build on the hope that oil demand will pick up as the economy resumes its locomotion. However, I believe that the impact will only materialize after some time. Why?

Cases are soaring in the country and millions of lives are predicted to be lost due to the latest waves of the pandemic, which would subsequently cause a slump in labor productivity. For instance, factories are unable to operate like usual because a lot of their workers were diagnosed with Covid. Freight booking cancellations are rising in the ports of Shenzhen and Shanghai. Not only that, but the Lunar New Year is also negatively affecting the logistics volume for the second half of January and spillover to February.