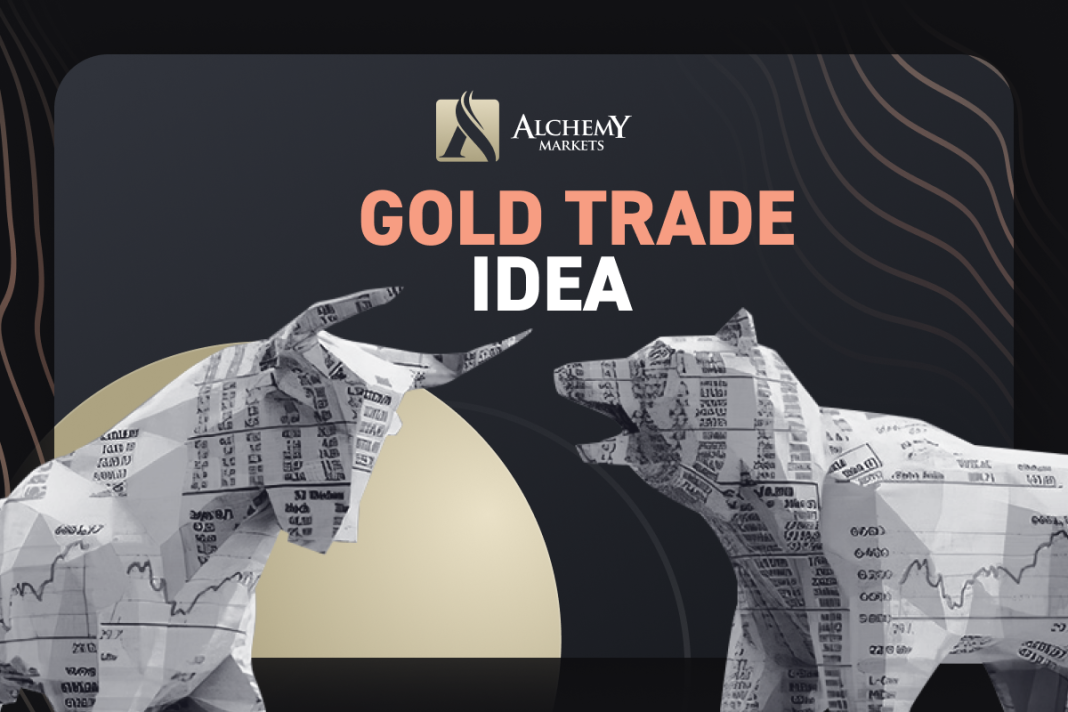 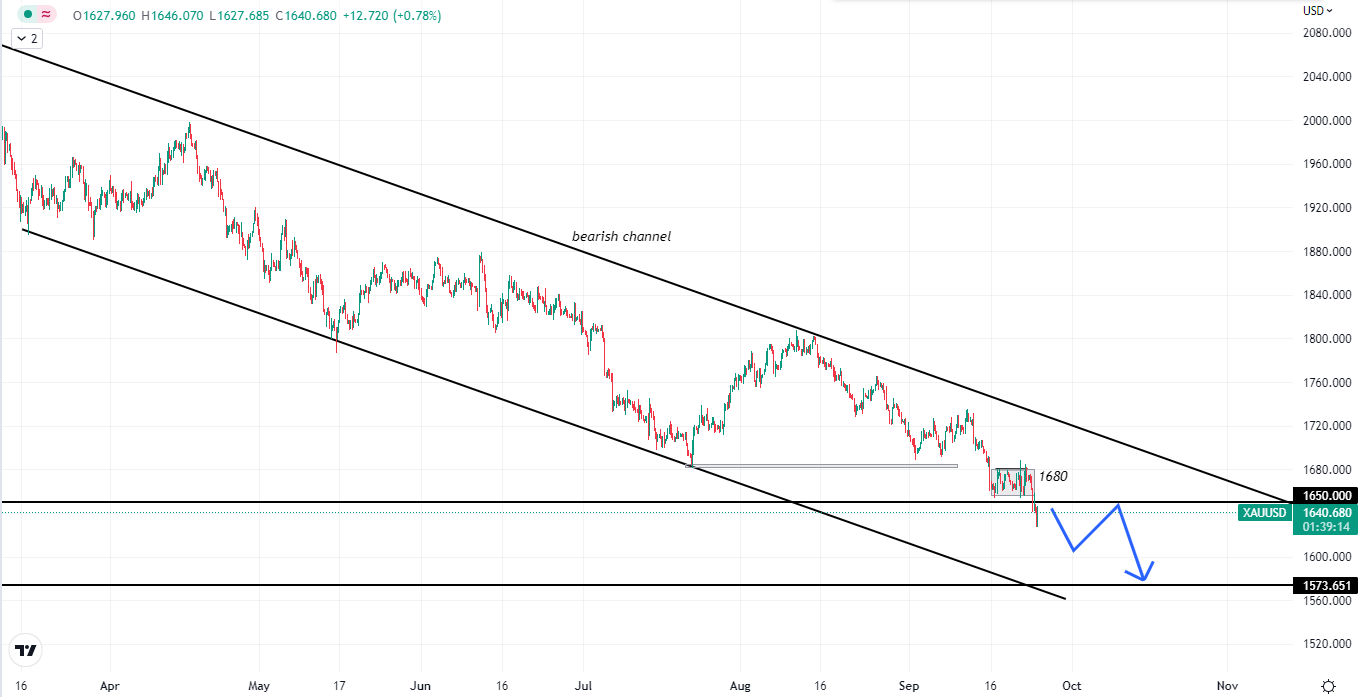 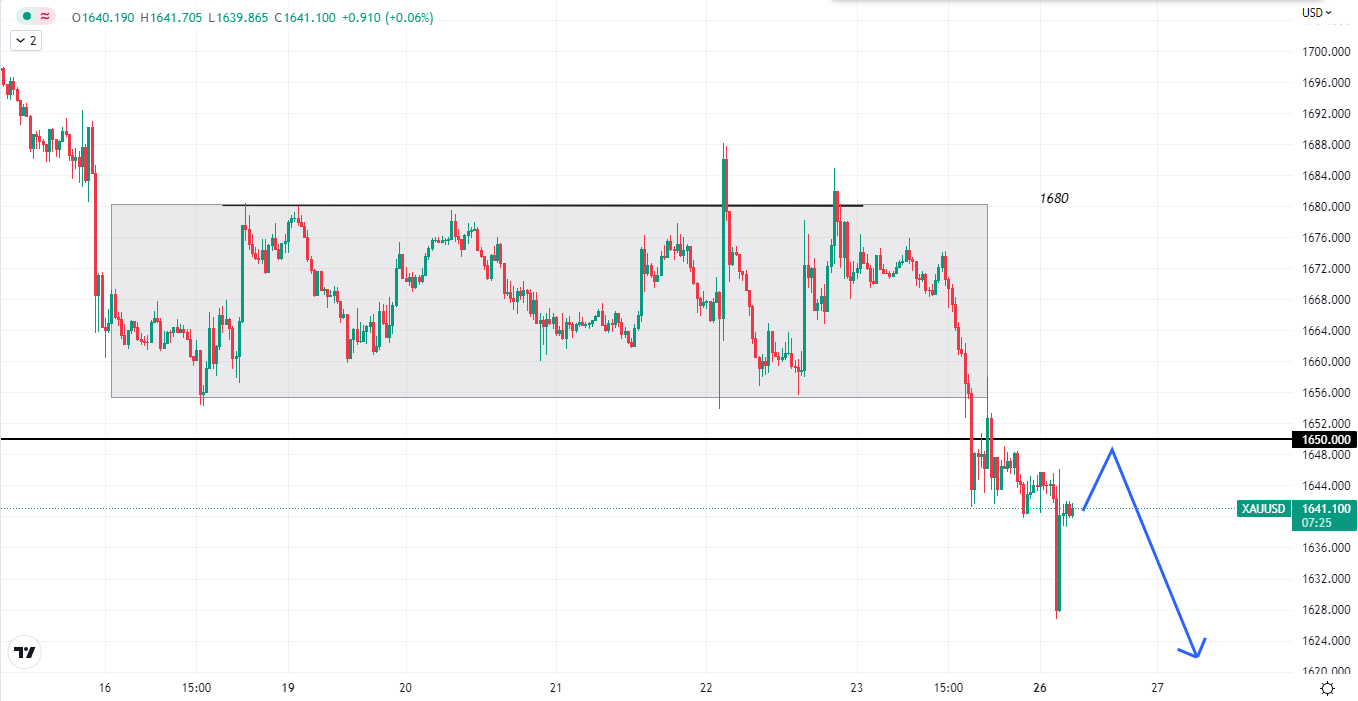 The yellow metal went through a sharp decline of about $15.50, -0.95% during the early Tokyo session but has since recovered most of the losses. After falling to a 29-month low, gold is trying its best to cling on to its life near $1940.

A super hawkish fed is no good news for the safe haven. In an environment where hawks are dominant and interest rates are on the rise, the opportunity cost for holding gold increases because of its non-yielding nature. Investors would much rather keep their money in the bank, earning themselves lucrative returns. This will further suppress gold prices.

With that being said, our preference for gold in the short to medium term is bearish.

We build our case based on a few confluences including:

If prices close above $1667 (the midpoint of the consolidation range), we may expect the price to continue rising until the $1680 key resistance area.

Sign Up Now to trade Gold and 2000 more instruments, tight spreads and commission-free. Only at Alchemy Markets.