The Power of Elon Musk’s Tweets on Cryptocurrencies 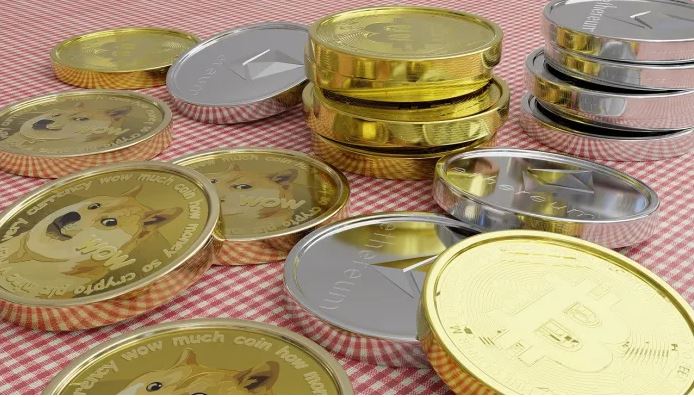 Elon Musk has become one of the most influential public figures, if not the most on Twitter after the ban of former President of the United States, Donald Trump. Elon Musk is the CEO of two of the world’s most well-known companies, Tesla and SpaceX and is known for his eccentric behaviours. At the time of writing, he has roughly 57 million followers on Twitter and you can imagine how many people his words can impact.

The first is a meme coin created as a joke which later hit a market capitalization of 80 billion dollars and the latter is the OG of all cryptocurrencies and has the largest market share in the cryptocurrency market.

On April 2, 2019, Musk tweeted his first tweet about Dogecoin.

And then, Musk posted this picture on Twitter on April 15 this year… 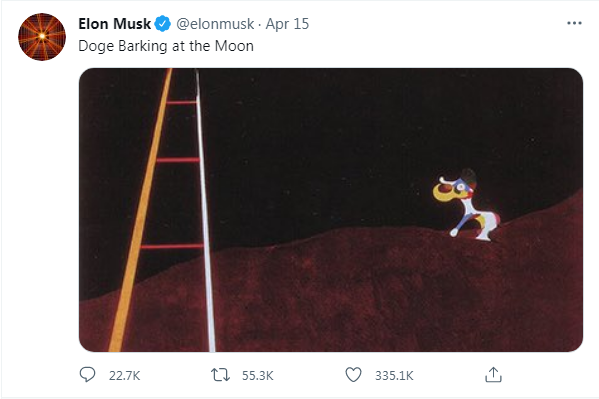 And this is what happened to Dogecoin. 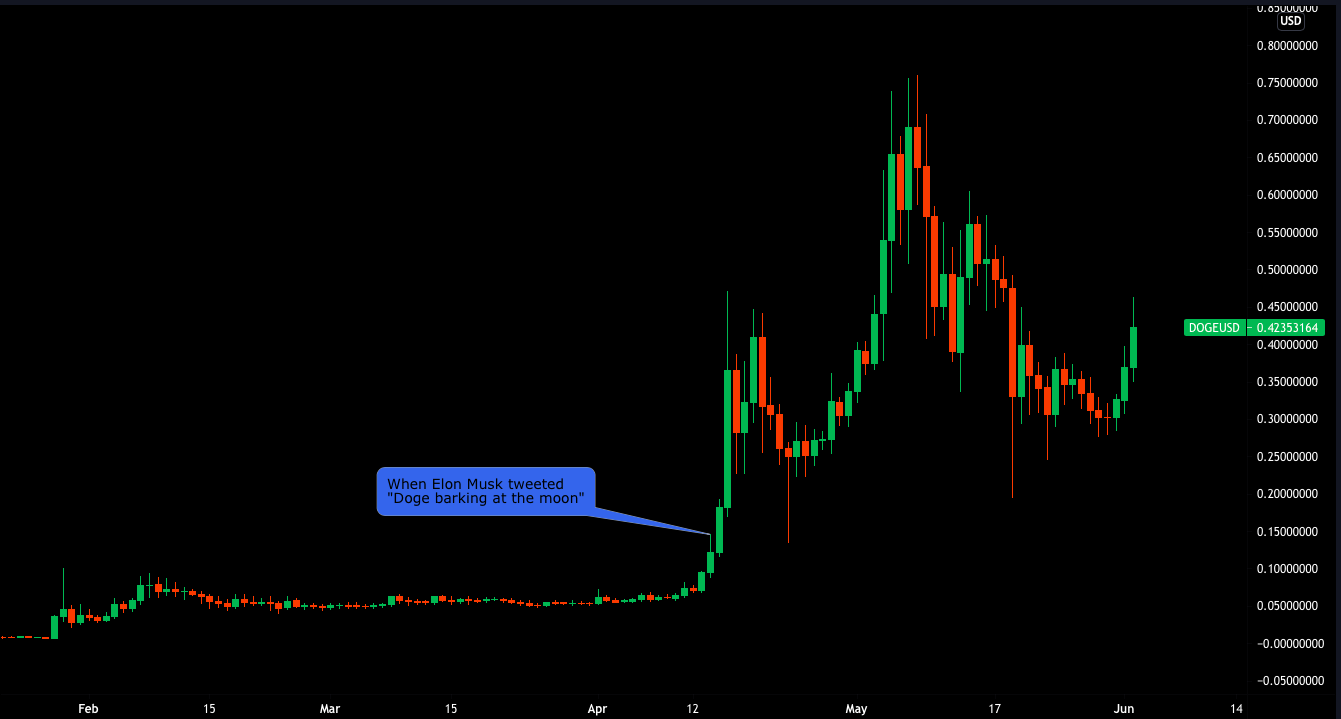 More recently, he went on to host the Saturday Night Live (SNL) and the price of Dogecoin rose by more than 20%. Then, he went on to say that Dogecoin was just a ‘hustle’ and yes you guessed it, the prices tanked for more than 45% from the all-time-high. 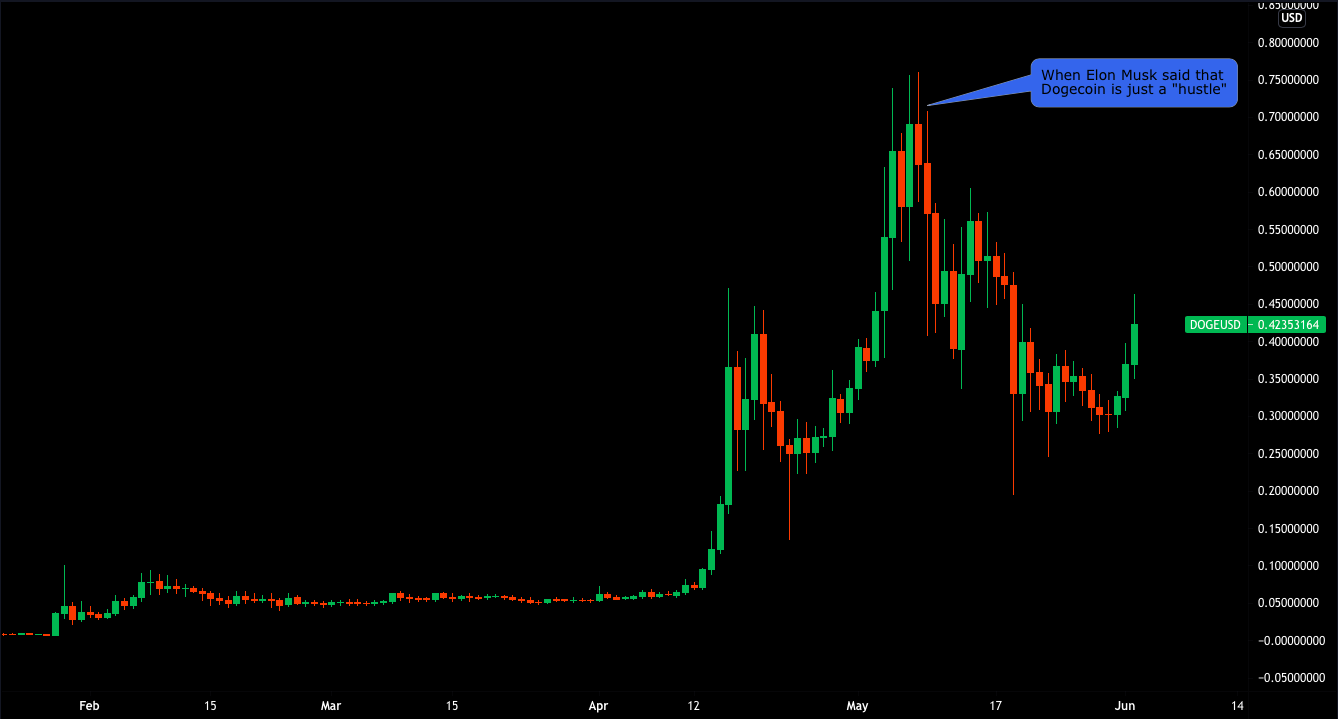 Moving on, Musk tweeted that he plans to work with the developer of Dogecoin to improve the digital currency’s efficiency and Dogecoin shot up by approximately 30%. 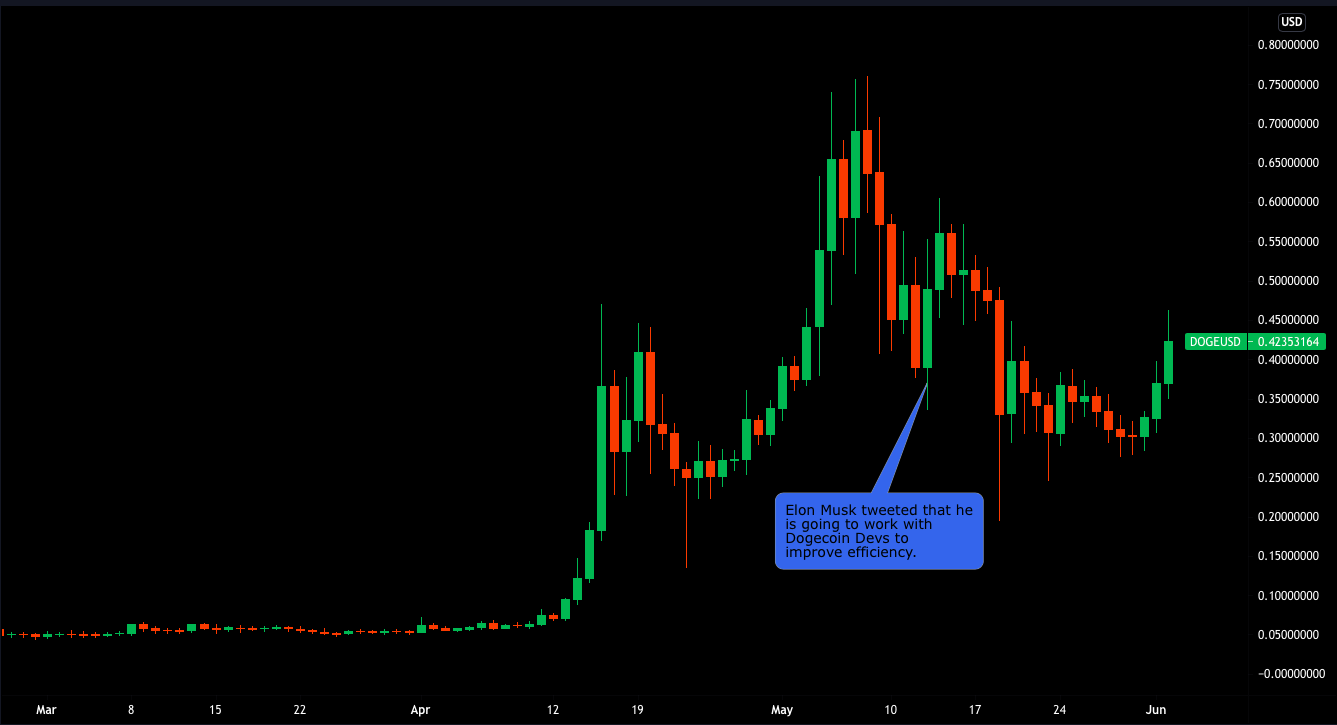 Chart 3: Market reacted positively when Musk said he will work with Doge Devs.

On January 29th, Musk changed his bio on Twitter to #bitcoin. Guess what happened next?

Chart 4: Price of bitcoin rallied fiercely after Musk’s action as highlighted in the blue box.

Later in February 2021, Musk said Tesla was going to accept Bitcoin as a payment method for their products.  Not only that, but Tesla also purchased $1.5 billion worth of Bitcoin for diversification and to increase the returns on their cash, according to an SEC filing.

Just a few months later, the bullish momentum died down in May when Tesla stopped accepting Bitcoin as a payment method citing bitcoin mining has a tremendous impact on the environment.

Chart 5: After the announcement from Musk, the price of Bitcoin plunged and never recovered since. Highlighted in the blue box is the time when Musk made the announcement.

What do you think? Let us know in the comment section below.