The event will take place on 4th of August, Thursday, starting at 5.30 p.m. EST. Some shareholders might be lucky enough to win the draw to attend the event in person while others may have to stream the meeting online via here.

Tesla Annual meeting, or rather, Cyber Roundup has been on investors’ calendars for quite some time now. Compared to annual meetings of other firms, Tesla’s meeting definitely garners the most attention as retail investors own a significant portion of the shares available for trading. Furthermore, the company is led by one of the most influential figures in the world and its products and services are at the forefront of the industry.

Tesla stated that production speed has been ramping up in their new plants in both Texas and Germany and they were able to produce a record number of vehicles in June. Investors would like to know how they are dealing with supply chain issues such as semiconductors shortage and delays (its Shanghai plant shut down for 3 weeks due to Covid lockdowns back in April)

In terms of demand, we can tell that Tesla can sell all the vehicles they produced by looking at the waiting time to purchase a Tesla which could stretch as far out as 9 months. However, with central banks raising their interest rates, investors are also interested in the ordering patterns and whether demand is declining.

Future product pricing will be an important factor for investors’ sentiment. Elon Musk tweeted recently that prices of commodities are falling which could mean a potential price cut for Tesla vehicles. Will that reduce the profit margin? Or will it boost sales?

The vote for a 3-1 stock split is finally taking place after months of waiting.

Stock splits are almost always viewed as bullish for the stocks. Let’s look at what happened to the share price when Tesla announced a 5-1 stock split back in 2020. 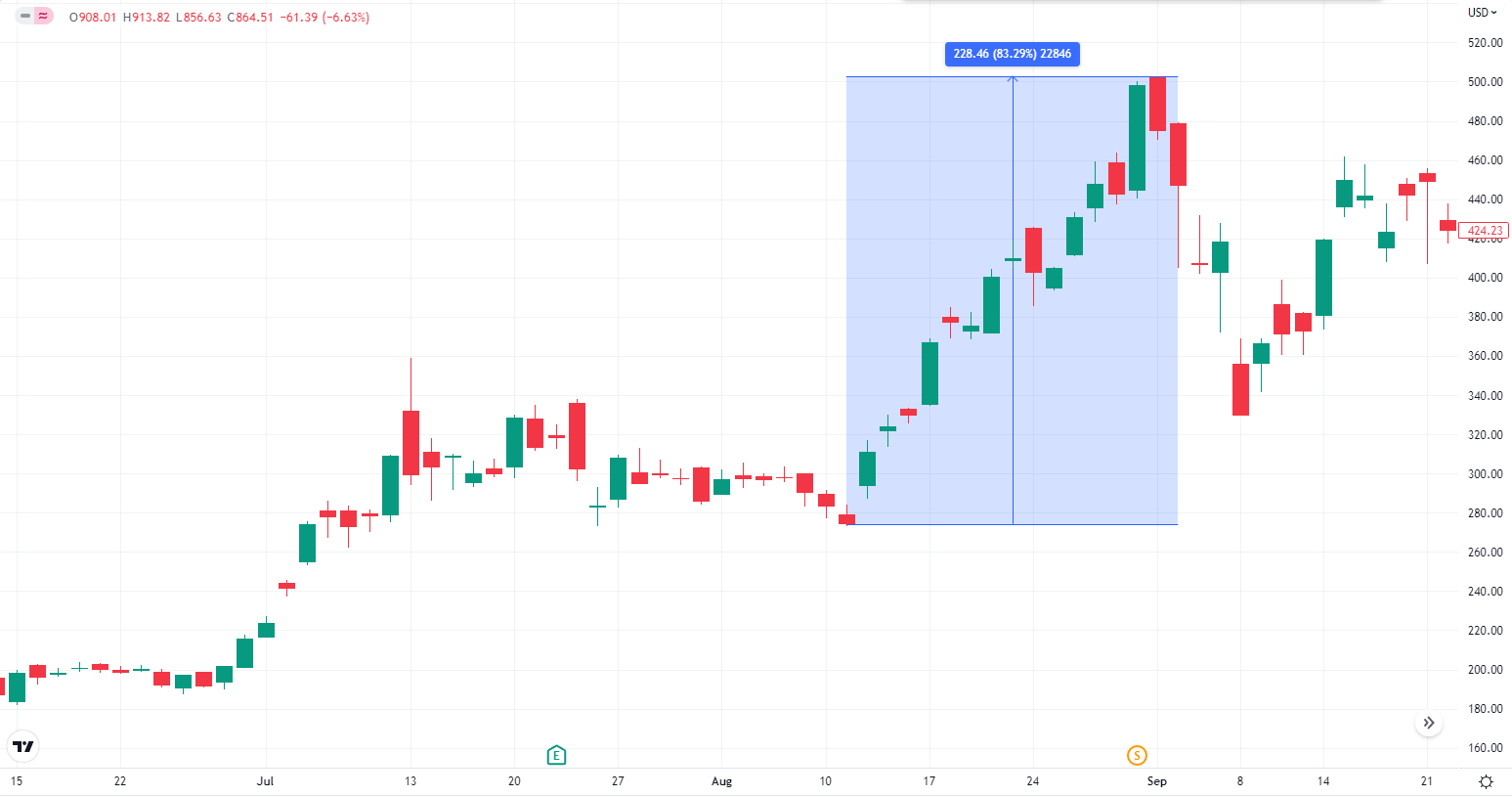 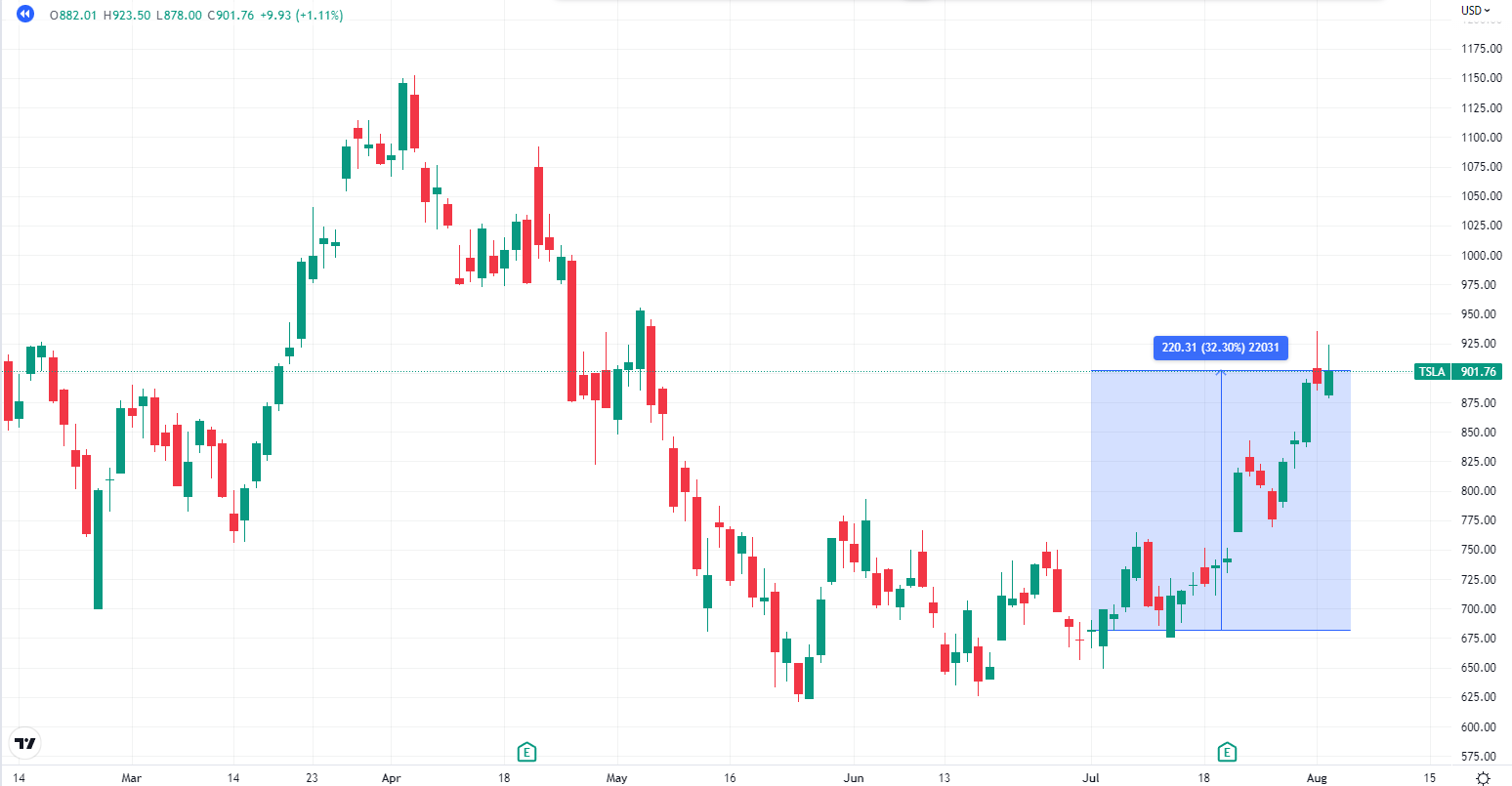 Even in the past 30 days, the shares were up 32% in anticipation of the stock split. 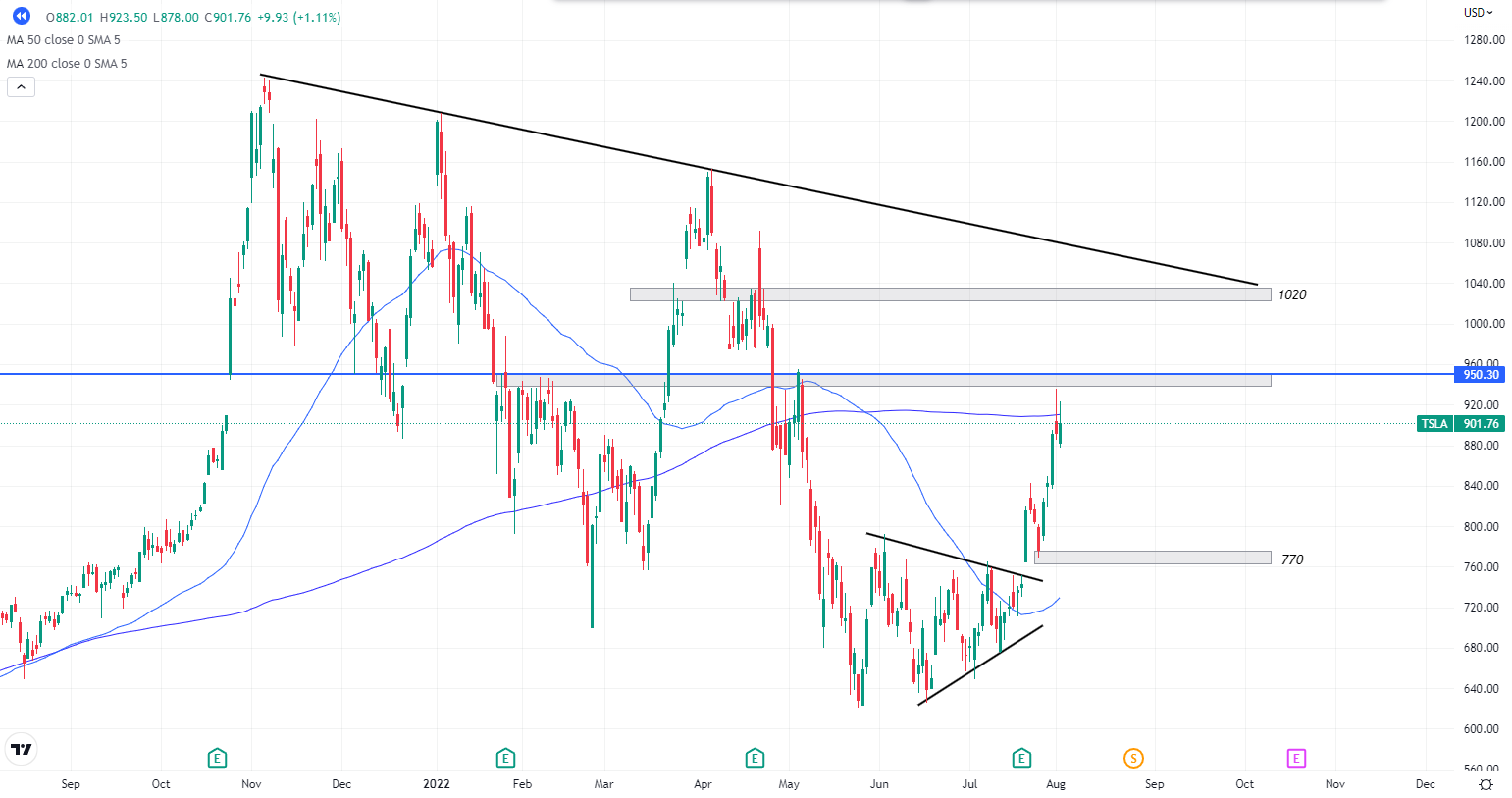 TSLA has been making lower highs if we look at the bigger picture and analyze the medium-term trend. However, it just recently broke out from a triangle formation with such a strong force and is approaching $950 resistance as we are writing this and it could be attributed to the prospective stock split as mentioned earlier. The 200-day moving average is acting as a dynamic resistance that could put bulls to a brief pause.