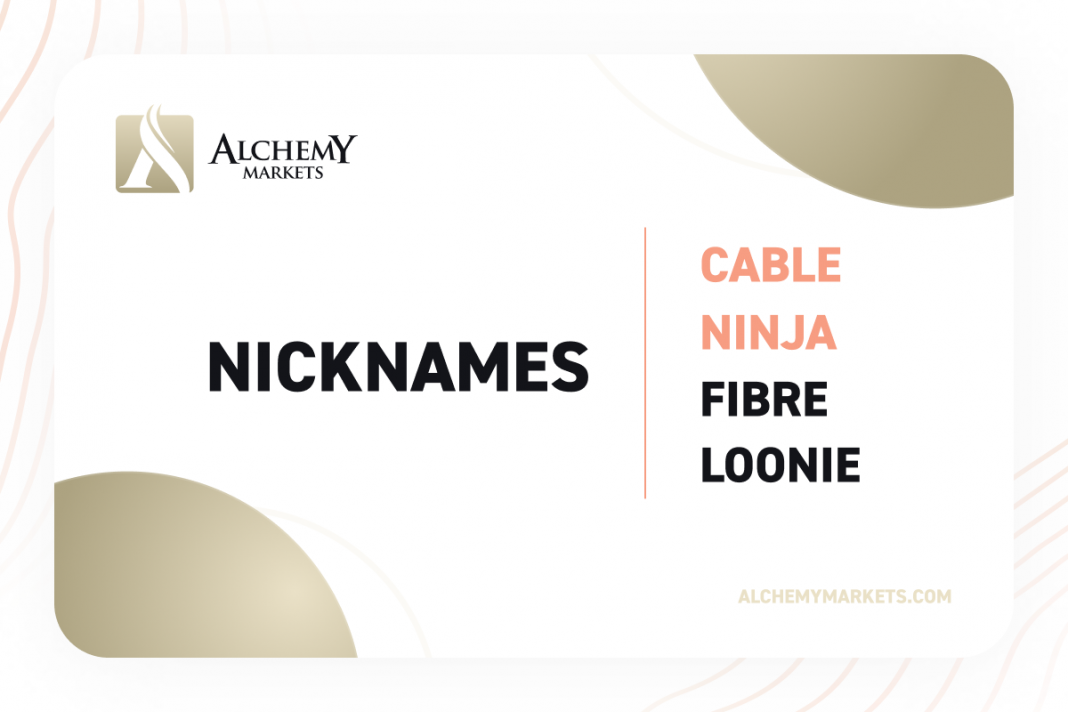 Have you heard some of these nicknames given to currency pairs being mentioned in traders’ conversations before? Let’s have a quick look at some of the nicknames in this short article.

Its nickname originates from the Channel Tunnel which connects the United Kingdom to the rest of Europe.

The nickname came about when the exchange rate between the British Pound and the U.S.Dollar was getting transmitted across the Atlantic ocean by a submarine communications cable.

Viewed as an upgrade to the ‘cable’ for GBPUSD. Also, it could be due to the fact that the Euro notes are 100% made out of cotton fibre.

The nickname was borrowed from Canada $1 coin that has a picture of a bird called the loon on the back.

Ninja
USDJPY
I guess we all know why it is called the ninja. Is it because ninjas come from Japan?

Do you know any other interesting nicknames for currency pairs?

Or maybe personal nicknames for the pairs that you trade?