Get to KnowKey Events Series

NFP: What Is It and How to Trade It? 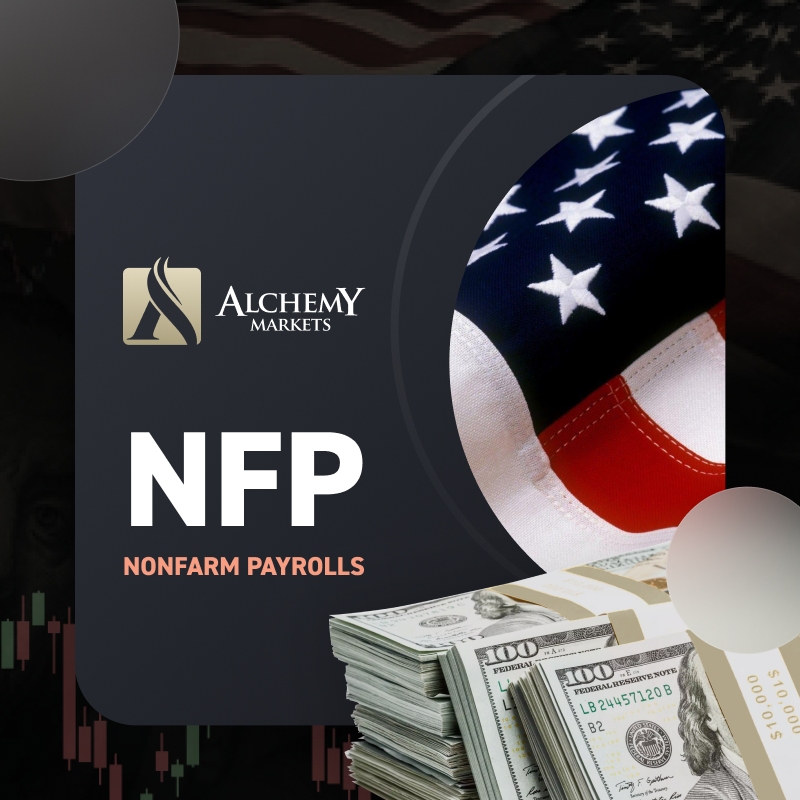 When I first started trading back in 2015, NFP used to be the most important news events for FX traders. The first Friday was the best time of the month, where we gather and get ready to trade the NFP release. However, its significance has been declining in the past year or so. If you ask me, the most likely reason for this is the concerns for inflation and interest rates eclipse the NFP.

The non-farm payroll (NFP) is a monthly report released by the Bureau of Labor Statistics. It shows the changes in the number of new jobs created in the U.S. economy, excluding those employed in the farming sector, by the federal government, nonprofit organizations, and private household employees.

As traders, it is crucial that we understand how it affects the pairs that we are trading, so…

How Does NFP Affect The Forex Market?

The NFP report is a leading indicator of how well the economy is performing because the labor market plays an integral role and any shifts in its health will have a chain effect on other parts of the economy. Traders, investors, analysts, and central banks take NFP data into account when making decisions.

In the economic calendar you will find three columns of numbers associated with each economic event. From the left to the right are Actual, Forecast, and Previous respectively.

Let’s use the October 2022 NFP report as an example.

The actual reading is 263k in which only 263,000 new jobs were created in September 2022, indicating a slowdown in labor market growth on a month-over-month basis.

The Forecast figure is important. More precisely, it is how the Actual print differs from the consensus that is going to shake the markets.

The forecast for this report was 290k. The actual print missed expectations by 27k. The disparity between actual and expectations always surprises the market and the market will react accordingly, leading to heightened volatility at the time of news releases.  The magnitude usually depends on how great the differences are.

Did you also notice the icons towards the right of the numbers in the previous image?

These are the practical functions that Trading Cental’s economic calendar has, and we are going to take a look at one of them – IMPACT.

The IMPACT, as the name suggests, shows the impact of past events on the price movement of a particular pair.

Using the same example as before, a downbeat NFP led to a decline in EURUSD in the 15 minutes after the release. That is weird. Isn’t disappointing data supposed to weaken the dollar and push EURUSD upwards?

This is where trading gets interesting. You never know what is going to happen because the markets don’t always play out as the textbooks suggest. Its dynamics are ever-changing and as traders, our job is to keep track and react accordingly.

Which Pairs Are Affected The Most?

Since most financial instruments are interrelated, important news releases will send shockwaves that can be felt throughout the entire market and impacts almost all asset classes to a certain extent.

Nonetheless, some instruments react more violently than the others.

For Nonfarm payrolls, FX Majors are the ones that gets affected the most as the NFP is a U.S. data and majors are all consisted of the greenback. EURUSD, GBPUSD, and USDJPY are at the top of the volatility trackers because they are the most widely traded currency pairs.

Gold is also another asset that gets shaken up heavily due to NFP reports. For a long time, gold is considered a safe haven asset and any changes in the outlook of U.S. economy or the global economy in general will lead to reactions of either flocking towards or away from the safe haven depending on market risk sentiment.

Following closely are the minors that have higher trading volumes such as GBPJPY and EURGBP.

With that being said, it is still safer to sit on the sidelines while heavy news are being released unless your trading strategy says otherwise.

By compiling and presenting previous data points visually, Trading Central’s Volatility Tab saves me a lot of time to go look for past data manually in order to identify patterns.

Based on the “Volatility” tab above, it is apparent that three-fourths of the past 12 NFPs have led to a decline in EURUSD, 30 minutes after the events. We can also notice that that volatility has spiked substantially during August and October releases, prepping us for future events so we know what to expect.