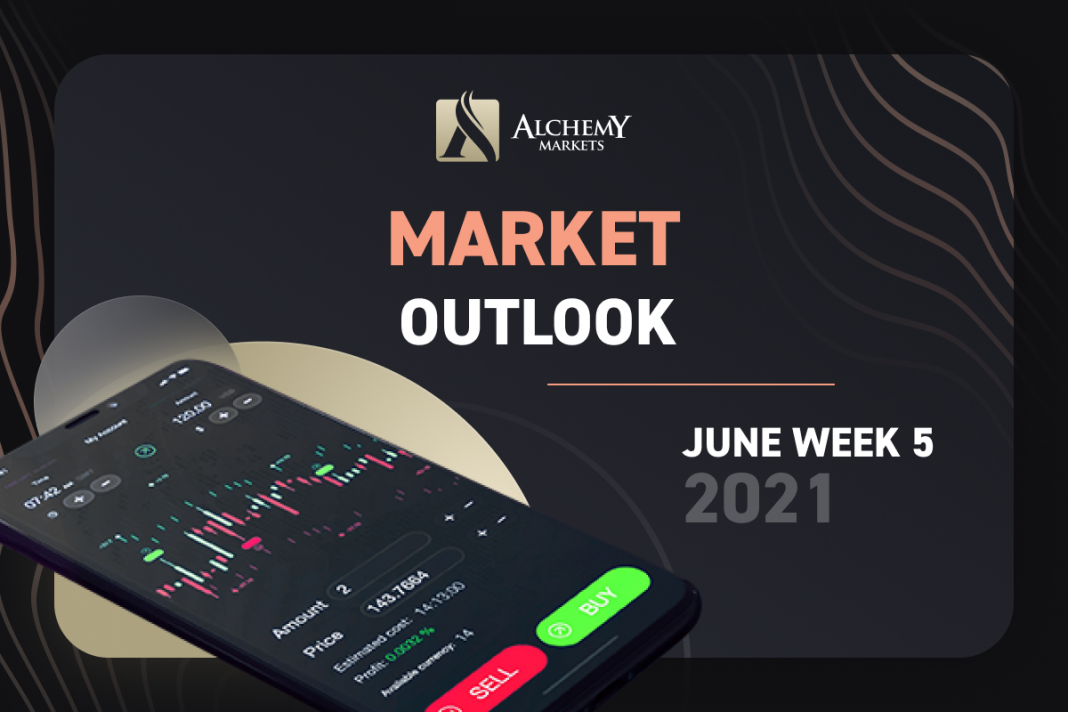 Last week saw some mixed messages from the US Federal Reserve. Some Fed officials claimed the conversation to start tapering emergency bond purchases had started. Others, including Jerome Powell, were vaguer, insisting that the accommodative policy will continue for some time to come and that interest rate rises were 2 years away.

The Forex market is probably a little bullish on the US Dollar and US interest rates. After all, the next move by the FOMC is going to be up.

However, US stock markets don’t see it coming anytime soon as they drive their indices to record highs.US Bond Yields have priced in a 0.25% rate rise in 2 years. But yields further out haven’t made any upside progress in the last month.

This week the will focus on the main event of Fridays Non-Farm Payrolls for June. The consensus is for the payroll to grow by 675,000 new jobs. The unemployment rate is likely to drop to 5.7% from 5.8% in May.

Earlier in the week, there are a few data releases that will keep the market interested. Tuesday will see German Inflation for June, while the Euro Zone will release its June inflation on Wednesday.

Also released on Wednesday is the ADP employment report.

Thursday, Japan will see the BOJ release its business report, The Tankan.

Later Thursday evening, watch out for US ISM for Manufacturing.

Friday is, of course, all about the NFP.

Don’t forget we are at the month and end of Q2 may cause some unusual trading conditions.