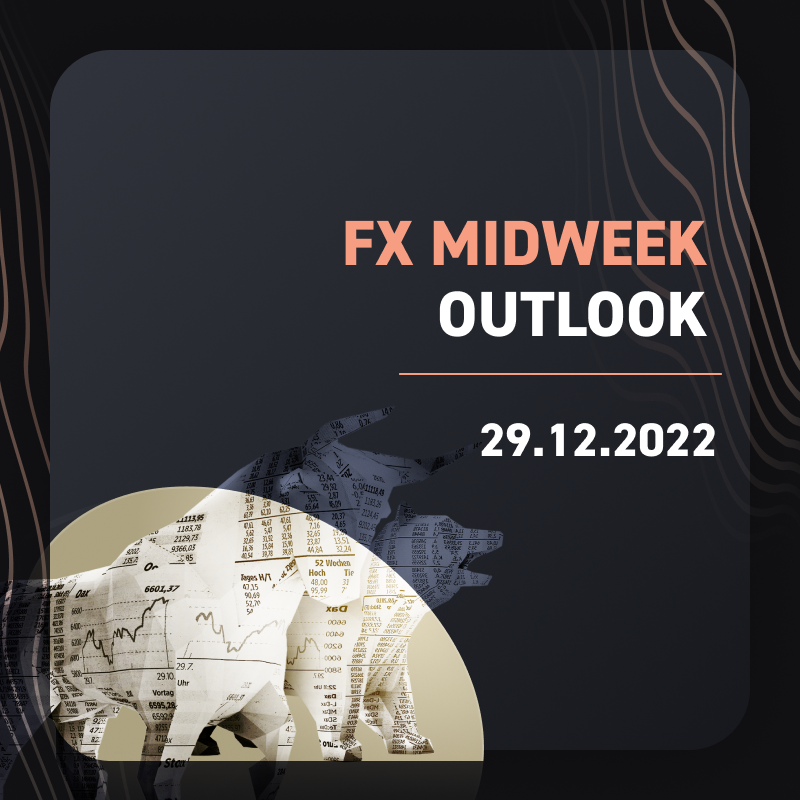 The markets are relatively quiet as we are counting down to the new year. Having said that, there is no major news related to FX for this week. For those who are trading, we’ll keep things simple and stick with technical analysis.

Even the most widely traded pair has been consolidating in a tight range just shy of 100 pips for the past 2 weeks. Though there is no opportunity here except for short-term range trading, the higher timeframe is looking rather promising.

A breakout from the bearish trendline on the daily chart signaled a shift in market sentiment and it solidified further after all the major events that the currency markets have faced over the past weeks. Now that the pair has made higher highs and higher lows, our preference tilts to the upside.

The buyers are most likely looking at a chance to go long near the bottom of the consolidation range. Conservative traders may wait for a fake-out to the support near 1.0440 before pulling the trigger. The golden cross (50 SMA crossing above 200 SMA) could be an important catalyst here, although its effectiveness could be limited due to the slowdown in trading volume.

A similar pattern can be observed on the GBPUSD on the daily chart, ie- the pair broke out from its bearish trendline and subsequently made higher highs and higher lows.

One noticeable price action that caught our attention is this- the pair traded exclusively on the upper side of the channel for a prolonged period of time before it breaks downwards. Were the buyers trying really hard to maintain control and attempt to break to the upside eagerly? And why did they fail eventually?

At the moment, the possibility of a bearish breakout is relatively low considering the lack of trading volume and the three pillars supporting the price namely the bullish trendline, the 1.1840 level, and the 200 daily SMA.

A Quick Recap of GBPUSD

The Cable has been falling since June last year. While the depreciation of the Pound can be attributed to various factors, the main ones were energy price shock, recessionary fears, and also a loss in market confidence.

Sterling went into havoc mode and staged a staggering collapse following the announcement of an ill-planned mini budget from the UK’s previous government. GBPUSD fell to its record low near 1.0697 on the 26th of September and Q4 2022 has been largely its recovery period.

Looking on the bright side, the pair managed to recoup more than 50% of the total decline at one point in time before a pullback took place. Yes, we are currently in that pullback phase and only time will tell whether the pair will break further downwards.