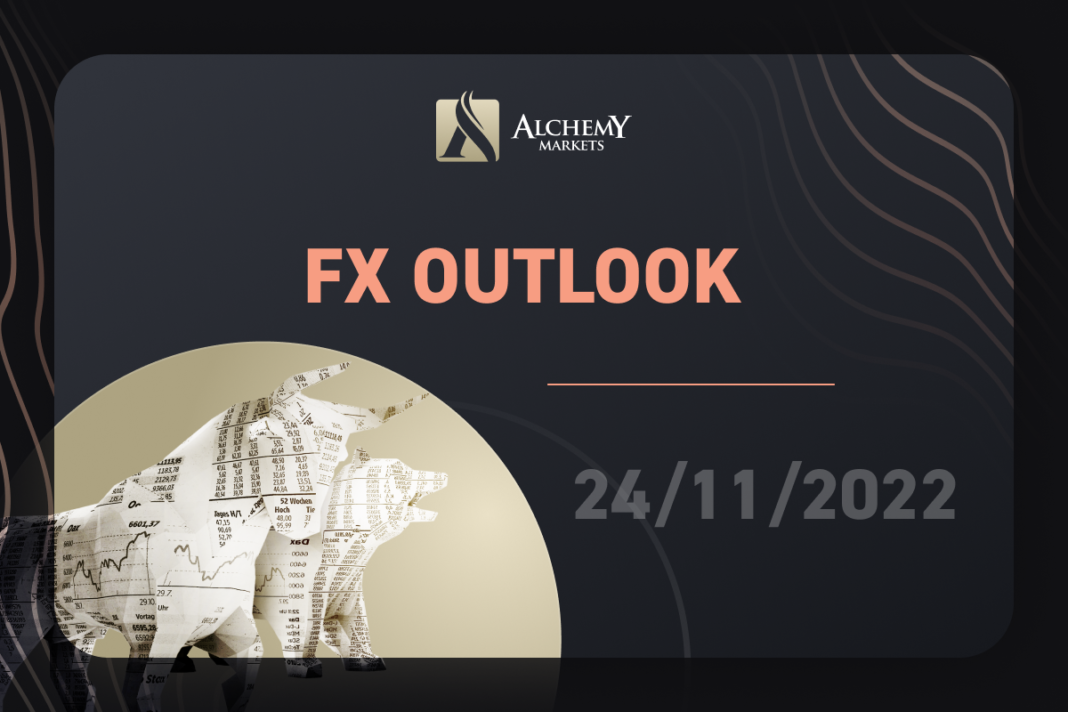 The highlight for this week was FOMC minutes which took place about 8 hours ago. Prior to the release, markets had already expected the Fed to dial down to a 50bps hike next month following four consecutive 75bps hikes. The meeting minutes helped confirm market expectations that a slowing down in rate hikes is indeed coming. Most of the members are worried about how an aggressive rate increase would affect the overall economy. They also urged the public to pay attention to the terminal rate as well as the rate of increase. The majority of the economists polled by Reuters were expecting the interest rate to peak early next year at around 5.00-5.25%.

Let’s have a look at how some FX Majors reacted:

The minutes gave a minor boost to the Fiber with the pair bagging 48 pips gains at the time of writing, signaling a loss in strength in the dollar.

Zooming out to a bigger timescale, the pair has broken out from its descending channel since the release of employment data earlier this month. Will these minutes further solidify the breakout and cause a new bullish trend to emerge?

For a bullish case, the obstacle that we are facing now is the 200-day SMA and once that is taken care of, we might test the 0.382 fib level, with an ultimate target near 1.0770 before a probable major retracement. Our preference is currently backed by the existing bullish momentum, but we are being careful of the thin trading volume due to Thanksgiving today.

Though most of the attention was on the FOMC minutes, PMIs data were also released yesterday, just hours before the minutes.

With both Services and Manufacturing PMI shrinking more than expected, it is weighing down the dollar further, which also means good news for EURUSD longs.

The Sterling accumulated sufficient strength during yesterday’s trading sessions to bounce off the 1.1850 support and head higher, with the pair now approaching two strong resistances, including the upper boundary of a rising channel and the 200-day SMA. Again, zooming out to look at the bigger picture, the pair broke above its daily bearish trendline, which is a promising sign for buyers.

On the fundamental side of things, OECD cut the growth forecast for the UK in 2023 down to -0.4%, citing Brexit and the cost of living crisis as the key factors that undermine the UK’s growth. Additionally, the newly announced autumn budget with tax raises and spending cuts may put more pressure on the country’s growth.

Another interesting thing to note is how the other market participants are thinking about the pair.

Based on the client sentiment data above, the net longs on GBPUSD have dropped well below the 50% mark in such a long time. Employing a contrarian trading approach, this might be the best confluence for us to stay bullish on GBPUSD in the short term.

In the medium term, we still have to address the aforementioned bearish factors that will limit the Pound’s rally.

It was a bank holiday for japan yesterday and yet we still witnessed the biggest daily range for USDJPY in eight trading days.  The decisive decline, along with today’s Asia session loss has positioned the pair at a very key price level on the daily chart. Why is that?

USDJPY’s reaction will make or break its near-term outlook as it is now trading at the 138.80 key support level, coinciding with the ascending trendline on the daily timeframe.

It took the greenback about 6 trading days to bring the pair back up from the 138.87 support, but its effort went down the drain when the gains were wiped out in just 2 and a half trading days. Considering this, our preference for the pair is bearish.

We anticipate USDJPY to test the important support level of 135.50 if the trendline fails.

A brief examination of the top three FX pairs reveals a consistent theme: the dollar is running out of steam. The subsequent question is whether, and if so when, the dollar will recover in comparison to its peers.