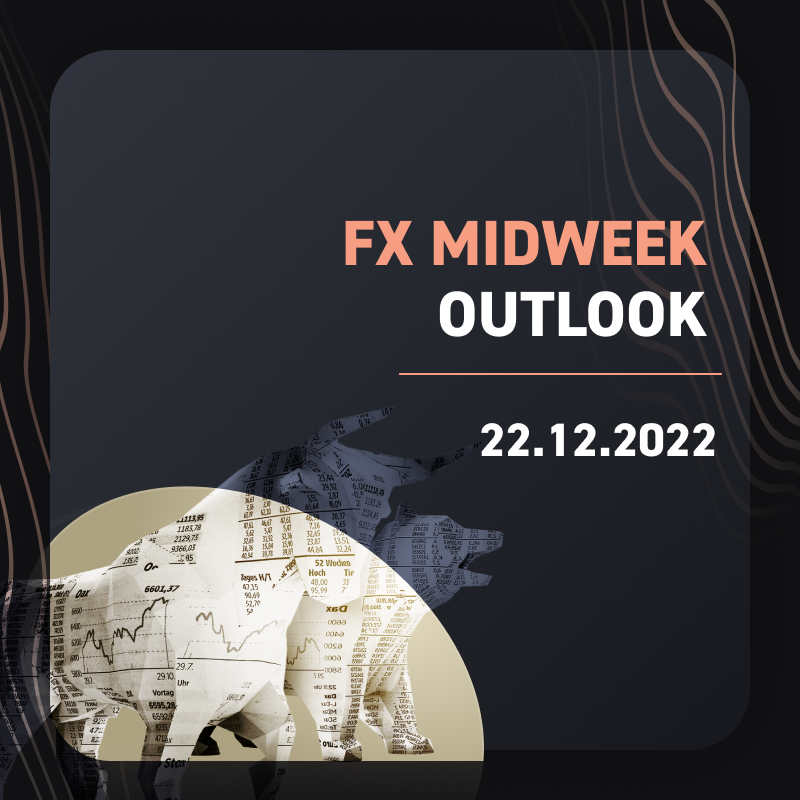 Good Morning. In this outlook, we are going to discuss what happened during the BoJ press conference on Tuesday and briefly review the historic moments of USDJPY in 2022.

The BoJ shocked the markets by introducing a tweak to its Yield Curve Control (YCC) earlier this week by allowing the yield on the 10Y JGB to move 50bps on either side of its 0% target, wider than the previous 25bps band. According to BOJ, the move aims to improve market functioning while maintaining accommodative financial conditions.

But what do the markets think?

Investors see this as a precursor to an impending pivot and exit from its ultra-loose policy that it has embraced for many years. The move could pave the way for a potential rate hike next year when a new candidate succeeds Haruhiko Kuroda as the new BoJ governor.

And how did the markets react?

Positively. Extremely positively. The yen surged almost 400 pips against the US dollar in just under 15 minutes when the news was announced during the Asia session. The momentum carried on well into the New York session with the pair falling in excess of 520 pips, or 3.8% on Tuesday.

It has been an impressive year for USDJPY with numerous events taking place to cause large-scale movements on the pair.

After a half-year-long consolidation, USDJPY started to show signs of a bullish breakout back in September 2021, and it did, though softly. It is not until March this year that the impulsive upswing really materialized following the introduction of rate hikes from central banks, especially the Federal Reserve in this case.

As months went on, the interest rate differential widened even more as BoJ stood firm with its ultra-loose monetary policies while the Fed, on the other hand, is busy raising interest rates to combat booming inflation. This caused an extended and rapid depreciation of the Yen against the dollar with the pair reaching its decades-high of 152.000 in October 2022.

Amidst rising pressure on the Yen, Japanese authorities had no choice but to intervene. Twice. The first intervention on September 22 was unsuccessful and it is obvious why (The Yen continued to slide). Then on October 23, the BoJ was suspected to intervene again as USDJPY soared past the 150 mark. The second attempt seemed to have accomplished the goal. USDJPY started to retreat from its decades-high and kept the upside pressure in check.

Accompanied by a weakening US dollar, the pair continued to reverse and broke multiple key support levels in the following weeks. The surprise from BoJ earlier on Tuesday pushed the pair even lower to test the 130.50 level. Bear in mind that the pair was 2000 pips above that price just 2 short months earlier.

USDJPY is in a critical spot. Not only is it testing the key area of 130.500 – 131.500, but it also coincides with the 50% Fibonacci retracement level and we are not talking about a small move here. It is the retracement of a year-long rally that once resulted in a gain of as much as 39%.

With the year drawing to a close, we are not expecting a breakout or any significant movements in the short term because 1) there are no more high-impact events for the rest of the year, and 2) trading desks are running thin as a majority of traders and bankers are leaving the office for holidays. Trade safe as volatility spikes with lower trading volumes.