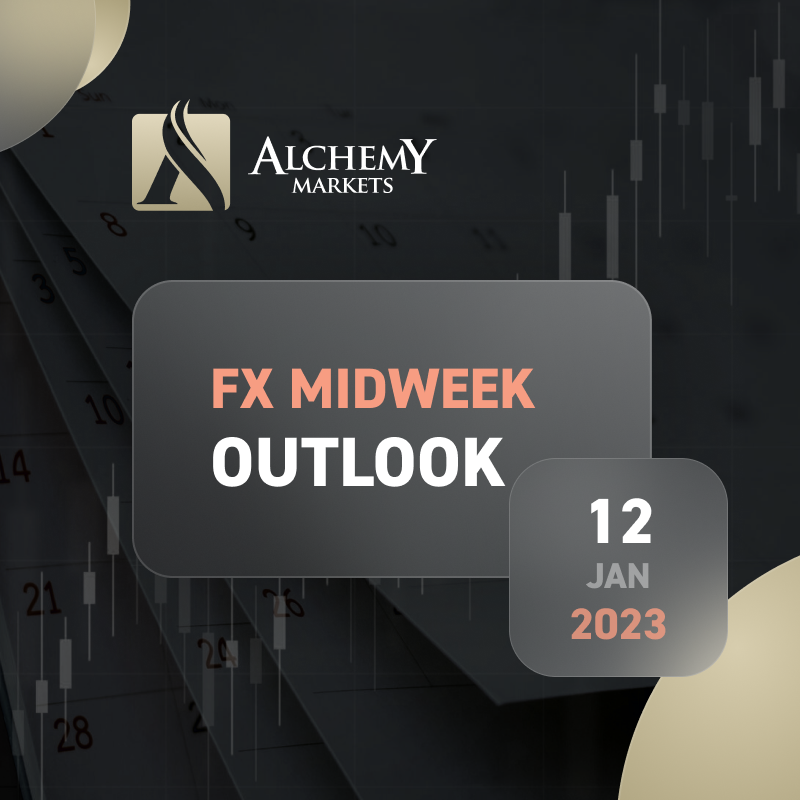 The highly anticipated US headline inflation figure is set to be released on Thursday morning at 8:30 am EST, and everybody is going to be awake for that as it has caused a whole lot of turbulence the last time it was announced.

The consensus is 6.7% versus 7.1% in the previous print. Bets on a further slowing of US inflation raised the appetite for risk-taking. Just look at the 4-day win streak on the Nasdaq 100 in which the tech index bagged a 5.9% gain!

In the grand scheme of things, the CPI numbers have been clearly on the decline ever since inflation peaked in June 2022. If inflation comes in line with expectations and continues to print lower this time, it will add another piece of important evidence that the Fed so desperately wants.

A risk-on market generally means a move away from the US dollar, and that would mean good news for its peers such as the Sterling. GBPUSD bounced off its major support near 1.1850 on Friday following the NFP release with the buyers’ strength still intact.

The rebound also serves as a higher low on the daily and it has kept the pair well protected within the rising channel. Should the inflation data plays out in the bull’s favor, we are facing 1.23000 resistance next which also coincides with the 50% Fibonacci retracement level. If not, the pair has 1.1850 support to fall back on.

However, do note that on Friday we will be getting the GDP numbers in the UK and that could be a wild card for GBPUSD and poses a potential downside risk.

Fed Powell’s speech did not spur too many market movements on Tuesday, and EURUSD is consolidating in a tight range, still, following the event. Having said that, our Breakout Abound trade idea remains relevant. I have marked a potential breakout with blue directional arrows while the alternative scenario is marked with a dotted arrow.

Our bullish case is ever-stronger now that the pair have been sticking really close to the 1.0770 resistance level and making higher lows on the smaller timeframe. That certainly smells like a juicy breakout to me, and we are counting on the CPI data later today to contribute the needed volume and volatility.

Volatility? Of course! Just have a look at the image below.

The FX majors, especially the EURUSD, have experienced consistent volatility injections from US CPI events. The pair has been aggressively responding to the data release inside a brief 5-minute window and has moved, on average, in a range upwards of 100 pip movements during the last four occurrences.