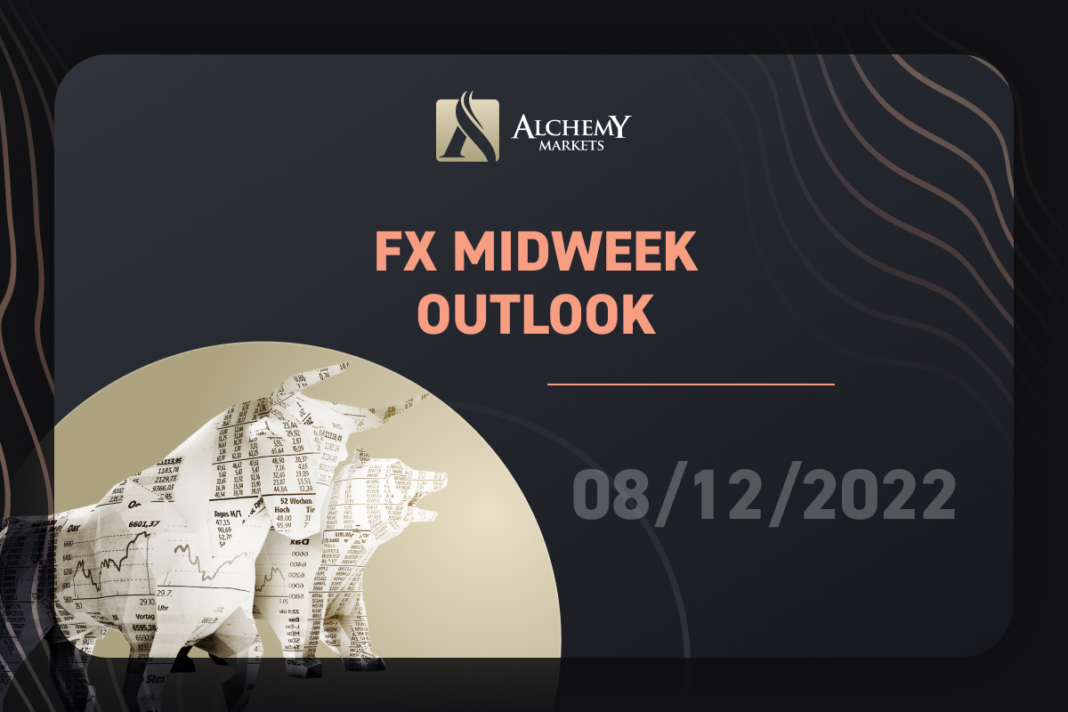 The Bank of Canada raised its rates by another 0.5%, bringing its overnight rate to 4.25%. Although they said they were going to continue with their QT as inflation is still high, the change in the statement from “policy needs to rise further” to “will consider whether the policy interest rate needs to rise further” is inclined more towards the dovish side and was taken as a signal that rate hikes may end soon.

The interest rate announcement yesterday did no good for the Canadian dollar, as the pair is seen to continue marching upward despite a 50bps rate hike.

On a daily timeframe, the greenback is gaining traction as we are counting down to the Fed’s final meeting this year which is happening in a week. From a technical perspective, the pair has been on an upward trend since April with higher highs and higher lows being made.  Though we see a major retracement in October due to the dollar’s weakness, the 1.32000 key support level proved to be resilient. The bounce from that level has pushed the pair above its daily bearish trendline as well as its 50-day SMA.

Should the momentum continue into the end of the week, we may see the pair advance by another 130 pips or so to test its next point of interest near the 1.3800 and we much prefer a bullish outlook due to bullish technical signs. US PPI remains in focus.

There are no significant events for the Pound for the rest of the week, and only the US PPI reports are the key drivers here.

The 1.2300 key resistance, assisted by the 50% Fibonacci retracement proved to be a huge obstacle for bulls. After the initial rejection, the pair is now trading 150 pips below that level thus the pair is now faced with the possibility of its first losing week after scoring a four-week winning streak.

Nonetheless, the possibility of a break above that level is still on the table due to the existing bullish momentum, and when that happens 1.2620 will be the next price level of interest.

On the fundamental side of things, the outlook for the Sterling is grim as the risk-off market sentiment resulted in a flight to safe haven which in this case, is its counterpart, the US dollar. Trade data from China earlier suggests a slowdown in their economy with the trade surplus narrowing in November due to a sharp fall in exports.

Here are the numbers:

Focus is still on US PPI this week. Any surprise in data might influence the Fed’s rate decision and investors should remain cautious.