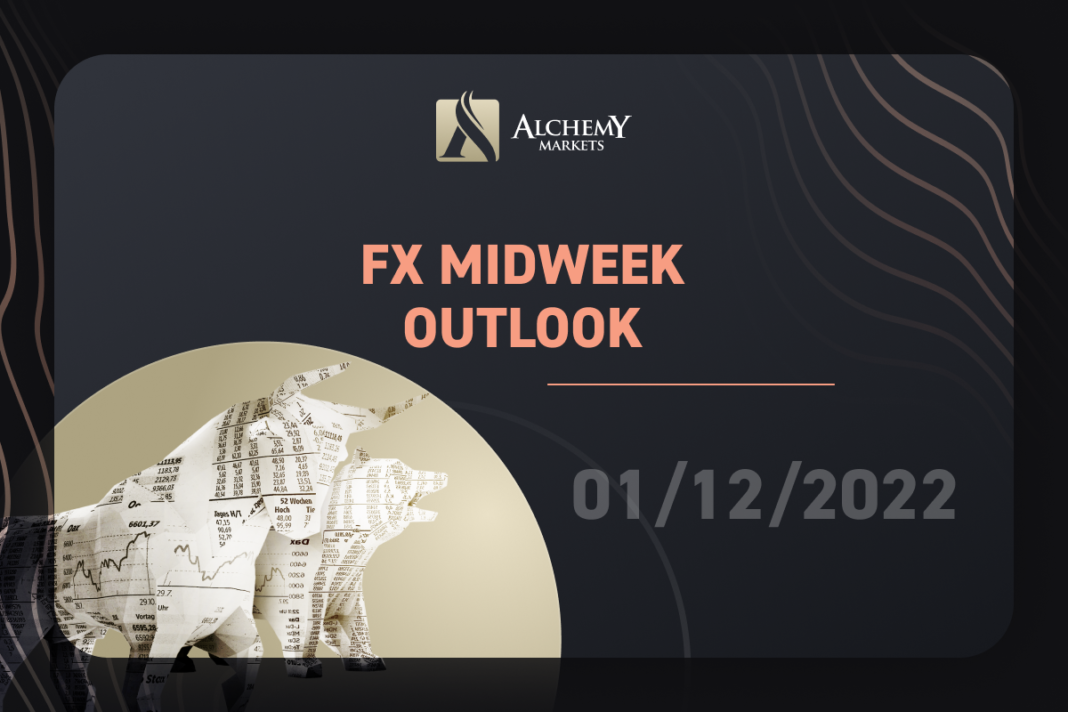 Market participants sense more dovishness from Powell’s speech earlier today which sent the dollar even lower against its peers. It was reaffirmed that the slowdown in the pace of rate hikes could come as soon as the next meeting in 2 weeks’ time and placed more emphasis on the terminal rate aka how high the restrictive rates have to go in an attempt to tame inflation. He is essentially telling the markets that they are going to raise rates by 50bps “only” for the next hike which is perceived as a dovish tilt. One of Powell’s main concerns is that the recent bout of aggressive rate hikes will take time to show its impacts on the market as the effects of interest rates usually lag.

Speaking of inflation, investors are keeping an eye on the inflation data, the core PCE price index m/m that is set to release tomorrow at 9.30 AM EST. Analysts are expecting inflation to be on a downward trend with the consensus being 0.3% vs. 0.5% previous reading. If the actual matches or comes out lower than what is projected, the market will be more convinced that inflation is indeed on a decline which could lead to further USD weakness.

Want in depth insights into upcoming and historical new event releases?  Gain access now with an account at Alchemy Markets

Euro jumped 108 pips against the dollar in 2 hours following Powell’s speech and the sentiment remains well into the Asia session. On the technical front, there is some back and forth near the 1.0350 area and now after making consecutive higher lows and higher highs, the likelihood of the price advancing and testing the 1.0610 resistance is getting higher.

And if we look at the bigger picture, the breakout from its bearish channel is solidifying further. Is this the start of a new long-term trend? Will the dollar recover?

A similar pattern played out in the Cable where the dollar lost its ground against the sterling following the speech. The pair +150 pips within 2 hours and the momentum continued into Asia, though a minor retracement has trimmed some gains.

In the higher timeframe, there is also a breakout from a bearish market structure. However, the strength of the breakout is significantly weaker when compared to its counterpart in EURUSD and this could be due to the instability in the UK economy considering the various fundamental factors that we have discussed before such as the introduction of a new budget with spending cuts and higher taxes and the economy is faced with the risk of a recession.

Our preference remains tilted to the upside with anticipation that the breakout will follow through with the help of a dwindling dollar. The 1.1850 area is the immediate support zone while the 1.22750 resistance area is the primary target for a potential long position.

And finally a quick follow-up on the trade idea that we published yesterday on USDJPY.

USDJPY played out according to our preference—– a follow-through of a bearish breakout. This pair is the biggest beneficiary from Powell’s speech and at the time of writing, the pair has fallen in excess of 300 pips since the event.

To read more about our long-term outlook for USDJPY, click here