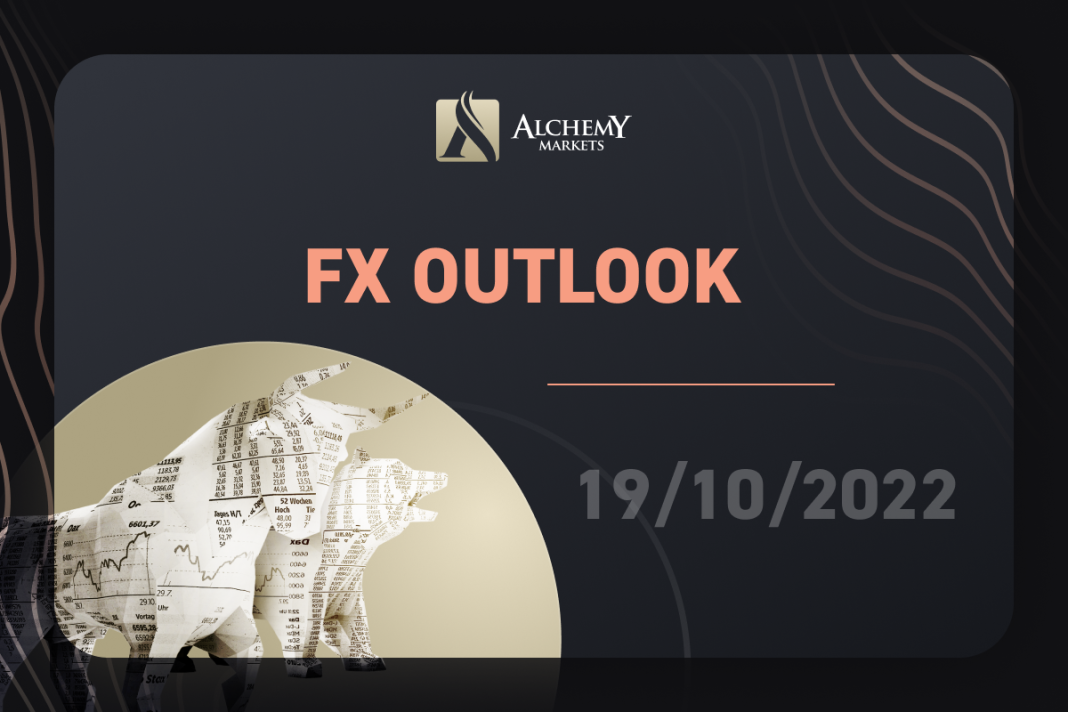 Economic calendar was on the lighter side with no major news on Monday and Tuesday. It’s Wednesday’s noon GMT at the time of writing and the UK’s CPI has just been released a few hours prior. We see no signs of inflation slowing down in the country with the actual print standing at 10.1% year over year, beating the expectation slightly by 0.1% while sending the markets back into a cautious mood.

Here are the Scheduled Events for Week 42

Recapping the recent development on GBPUSD, there was a short-term advance that lasted for 5 trading days since the 12th of October thanks to the development in the UK’s political and economic dramas.

The ill-planned Mini Budget has since been annulled for the most part amidst chaotic market reactions. Not only that, but President Truss also fired Kwarteng last Friday, who was subsequently succeeded by Jeremy Hunt, the new Finance Minister of the UK. All of these fueled short-term bullishness but the tide turned after the CPI print.

From a technical point of view, the Sterling sold off against the dollar as soon as the inflation data came out and it has never looked back since. As of now, the pair has lost almost 90 pips and is on its merry way to the next major support area near 1.1160.  Trading below both 50 and 200 SMA, coupled with a bearish breakout from its triangle formation, gives us enough confluences to hold a short position.

Our preference is a continuation of the longer-term trend to the downside despite an ongoing shift in UK’s fiscal stances.

While the UK is attempting to remedy the damages that have been done to investors’ confidence over the past month, the GBP is still fighting an uphill battle against the USD with interest rates differentials further widening with the Fed expected to raise another 75bps at their next meeting in 2 weeks.

Let’s now shift our attention to Asia with the currency Japanese Yen. As I was monitoring the USDJPY chart yesterday at around 10 A.M. GMT+1, that was when I witnessed the mini flash crash as it happened right before my eyes. The pair slumped hard by approximately 116 pips in a 2-minute period but recovered swiftly after.

The move was most likely triggered due to whispers of further Japanese intervention in the markets.

Almost a month has passed since the recent Japanese intervention in their currencies. The pair did sell off sharply after billions upon billions of dollars (18.81 billion USD to be exact) had been spent on shorting USDJPY. However, their effort have gone down the drain when the pair recovered and continued to establish new highs.

This has the Japanese authorities worried. Finance Minister Shunichi Suzuki signaled that intervention might be made without public announcements. Also, quoting Suzuki, “We are watching the markets moves with a high sense of urgency”, and “Decisive and appropriate response to excessive moves will be made”.

All of these statements kept the markets on their toes.

Yen remains vulnerable to the upside against the greenback with the pair inching higher following the flash crash and its subsequent recovery. Trading at 149.70, the pair is now just shy of 30 pips from 150 key psychological level. Traders should also be alert as we observe heightened volatility with more random price spikes on the lower timeframes.

Where Next for USDJPY?

Looking at the daily chart, bullish momentum is nowhere near exhaustion. Yen has been weakening against the dollar since January 2021, but the losses accelerated and we started seeing exponential moves starting March 2022. USDJPY has bagged 30% gains year-to-date and after scoring a 10-day winning streak, it is poised to test the 150 level shortly.

Fundamentals-wise, we should watch out for all the announcements from BOJ, if they ever announce them publicly. It is also important for us to reiterate this- BOJ is super firm on its loose monetary policies, and this would most likely last until its Governor, Kuroda retires next year. The Fed on the other hand is on the hawkish end of the spectrum, with strong US inflation data giving them enough space to further tighten their policies.

Provided that the monetary policy stances continue to remain diverged significantly between the two major central banks, there is no reason for USDJPY to stop its rise without external intervention or strong language or action from the Bank of Japan.

Our confluences:
– Longer-term trend is bullish
– Steepening slope of the upward trendlines, indicating a strengthening bullish sentiment
– The Daily 50 and 200 SMA are well spaced-out, signaling longevity of the underlying trend

The RSI has also been added to the mix just because it is visually apparent that the pair is in an extremely overbought condition but this wouldn’t steer us away from our bullish preference.

China’s GDP numbers being delayed could be a sign that the world’s second-largest economy is not performing as well as expected and it is painting a gloomy picture for global economic growth. It is scheduled to be released tomorrow so we shall see.

Last but not least, four Fed members are scheduled to speak on Friday, and collectively they may shake the market to a certain degree.