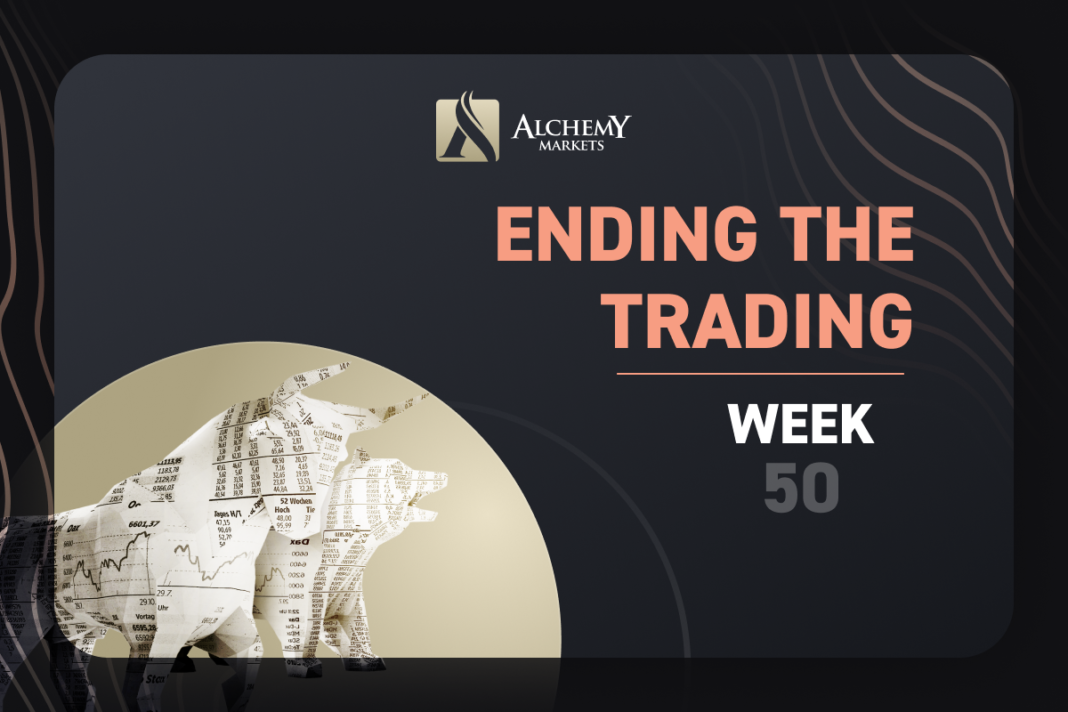 For the 9th consecutive meeting, the BoE has increased its interest rate in an effort to curb inflation, bringing the official bank rate to 3.50% to end the year.

Although the scale of the rate hike matched expectations, GBPUSD still faced a dire plunge with it losing 247 pips or 2% yesterday, wiping out its gains in the 5 previous trading days.

Interestingly, the price decline also brought the pair down below the pivot level of 1.23000 once again. Some of the factors contributing to the fall could be the workers’ strikes, extreme weather conditions, and also the uncertainty rising from a new government. USD’s recovery from a relatively hawkish Fed statement helped to solidify GBPUSD’s further downside.

A bullish channel formation is still intact, and a reversal from the upper boundary opens the way to more downside movements. Having said that, the next target could be the lower boundary of the channel, or the  1.1850 support zone.

Looking at the current momentum, the possibility of buyers gaining back control is slim, and for that to happen the greenback needs to weaken further, which is also unlikely considering its prolonged retracement over the past months.

Nonetheless, statistics from myfxbook still show that retail traders are still buying more than they are selling, though it is not tilted heavily enough to either side to trigger a contrarian trading signal.

Shortly after BoE’s events, the ECB announced a rate hike that matches the market’s expectations, lifting its main refinancing rate by 50bps to 2.50% while signaling plans for more hikes to come.

Eurosystem staff projections revealed expectations of a contraction in the economy in this and the upcoming quarter, citing the energy crisis, global uncertainties, and more restrictive financing conditions.

Inflation expectations are as follows

The ECB  believes that food price inflation and the underlying price pressures have strengthened across the economy and will stay around for quite some time. Despite a more conservative rate hike of 50bps, the tone from ECB is a hawkish one with Lagarde’s concern over wage growth as it adds to inflationary pressure.

What to look out for next

The ECB announced that during its meeting in February, it will present specific guidelines for the decrease of APP holdings.

The pain felt by EURUSD is far less significant compared to the Sterling. After a 55 pips loss during yesterday’s trading, the pair remains steady above 1.0610 support. Nonetheless, a break below the level is probable as a proper correction may be due shortly following the impulsive breakout from its bearish channel.

If the correction does occur, we are anticipating the pair to test 1.0350. Investors flocking to safe haven (the USD) during the year-end may also make that happen.

Gold is seen struggling to maintain a grip as central banks after central banks announce their interest rate hikes. But the primary driver would be the relatively hawkish Fed. With interest rates expected to remain elevated for a longer period of time, investors have to reassess the decision of holding gold in their portfolio as it is a non-yielding asset.

On Tuesday, gold surged as inflation data surprised, breaching the 1806 resistance to reach a multi-month high at around $1824. However, the excitement was short-lived as FOMC put gold back into its place with its announcements. The price decline has wiped out the inflation data-driven gains. Is this a sign of a reversal after a 6-week long rally since November’s NFP? On a side note, breakout traders would’ve been greatly disappointed in this scenario, as most of them might have been stopped out already.

Looking forward, we are seeing gold testing its next support near $1765, though we don’t have an opinion on whether it will hold or not as trading activities continue to slow down leading into the festive season.

US Crude continues to drop as the market assesses the impact that continued interest rate hikes from central banks will have on the economy and global oil demand. Nonetheless, it is still up 4.7% for the week at the time of writing and is poised to end the week in green. Supply disruption in Canada’s TC Corp and China reopening optimism helped buoyed oil prices this week.

On the technical side of things, it seems like oil prices were unable to break through upwards of the $77 resistance after retesting it. If it continues to go down, a lower high will be formed and the price is most likely heading south, causing also by gloomy economic growth as projected by the central banks earlier this week.