OPEC+ on Monday decided to cut oil production by 100bpd in October to support the declining oil prices due to fears of economic slowdowns and renewed China’s lockdown.

RBA increased its interest rate by 50bps, matching market expectations. RBA maintained that more rate hikes will be coming as inflation is expected to peak at the end of the year, but these decisions are not on a pre-set path.

Canada goes big to tame inflation. BOC raised its interest rate by 75bps to 3.25% as forecasted. From a low of 0.25% in March to a 14-year high at 3.25%, BOC is by far the most aggressive central bank with their tightening and they are not done yet, with further rate hikes expected in the next meetings.

ECB added a whopping 75bps to its main refinancing rate to 1.25%, the highest level since 2011 in a similar effort to tackle inflation. ECB Lagarde also signaled more incoming rate hikes as inflation soared to 9.1% last month. However, the Euro may be affected more by gas prices.

ECB Lagarde is expected to give a speech in an hour. EU Economic Summit is taking place today to end the trading week.

EURUSD had a nice recovery after it reached a low of 0.9865 and is currently trading 100 pips above parity. Investors are eyeing Lagarde’s speech. A firm hawkish stance from ECB may give some boost to the pair, but the energy crisis is still a major factor to consider.

Immediate resistance at 1.0115 which might be broken, but will soon be met by the descending trendline. Key support at parity. 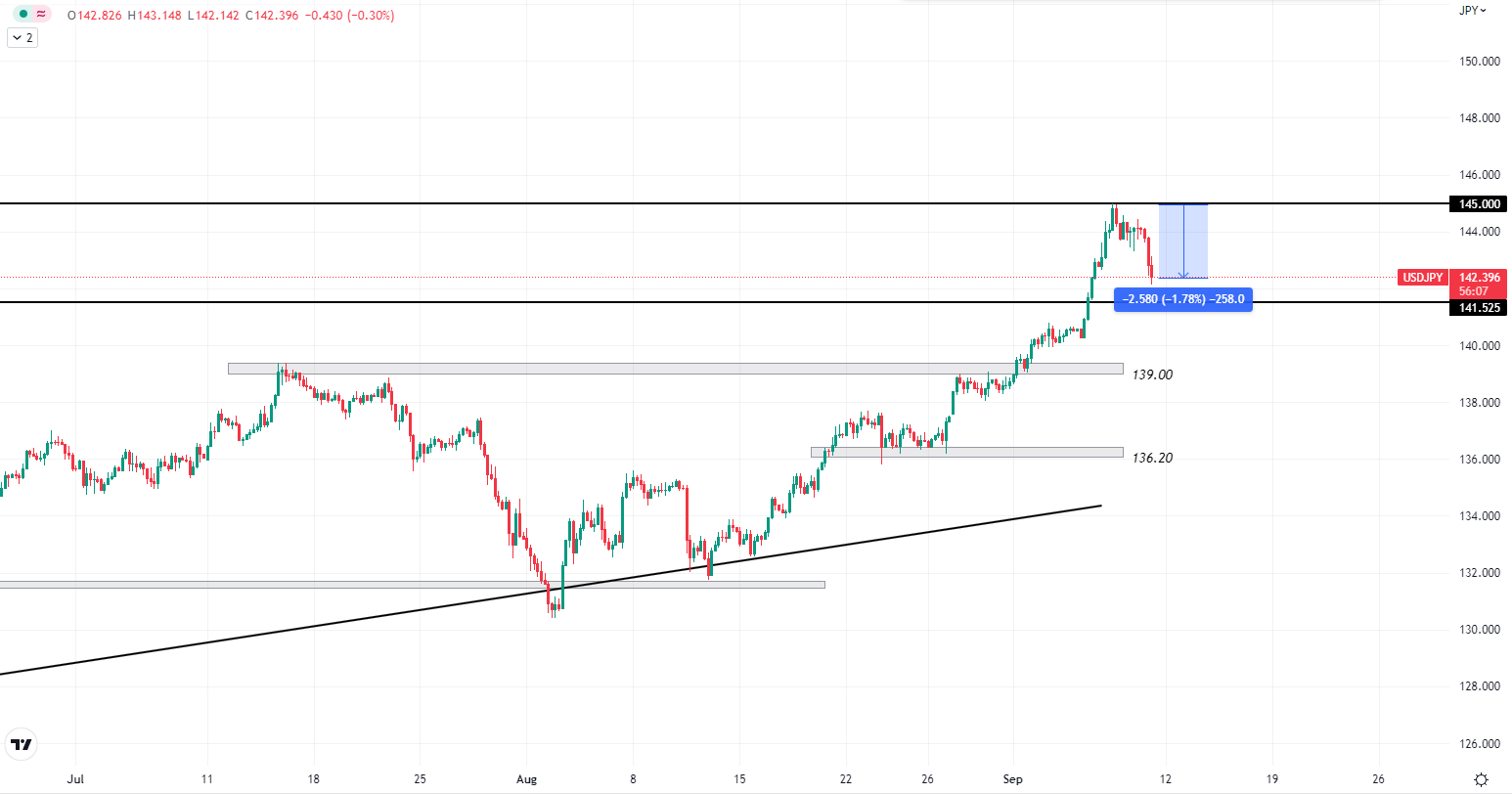 Governor Kuroda finally say something about the jumbo moves in USDJPY. He told the reporters that BOJ will watch the exchange rate moves carefully after a meeting with the PM. The Finance Minister of Japan also stated that the government is keeping the door open to any options to help contain the rapid movement in its currency.

As a result, USDJPY has fallen 265 pips from its high of 145 at the time of writing. However, this may be seen as a minor retracement before a continued move up, at least testing the 145 levels again.

Although crude oil broke out from its bearish channel, it is still lingering around the channel from the other side. It did make a small bounce from the 82.20 support, but recessionary concerns are keeping the bulls in check. China’s covid curbs are also putting some pressure on oil prices. Production cuts in October may play a minor role to bolster oil prices.

Short-term support is the recently tested 82.20 while resistance is at $87.

Bitcoin bounced off from its major support at 18500 and in the last 8 hours, we observed a rally of as much as 7.5%. This move may be relatively larger compared to its most recent price movements but it is still not much if we look at the major slump of 42% from 7 June to 18 June.

We may see Bitcoin continue to range between 22400 and 18500 in a risk-off market provided that most attention are being directed to interest rates, inflation, and tightness in energy supplies.