PCE Price Index is scheduled to be released 90 minutes prior to Powell’s speech. The index is expected to slow down from 0.6% to 0.3% m/m and from 4.8% to 4.7% y/y. A divergence in the data could cause last-minute edits to his speech which may ignite market volatility. Provided that several Fed members have been hawkish as of late, Powell is expected to follow the majority or at least not be on the other end of the spectrum.

At the time of writing, the probability of a 75bps vs a 50bps rate hike is 62% vs 38%, and therefore, the more dovish Powell is, the more ‘surprised’ the market is going to react.

If there are any changes to the expectation of future rate hikes and their magnitude, we could see weakness in the dollar which may subsequently lead to rallies in stocks and commodities.

It is also important to note that Jackson Hole takes place over 3 days (including the weekend) which may lead to additional volatility or a gap at the open on Monday.   This is why we do not suggest holding positions over the weekend, depending on your strategy and risk tolerance. 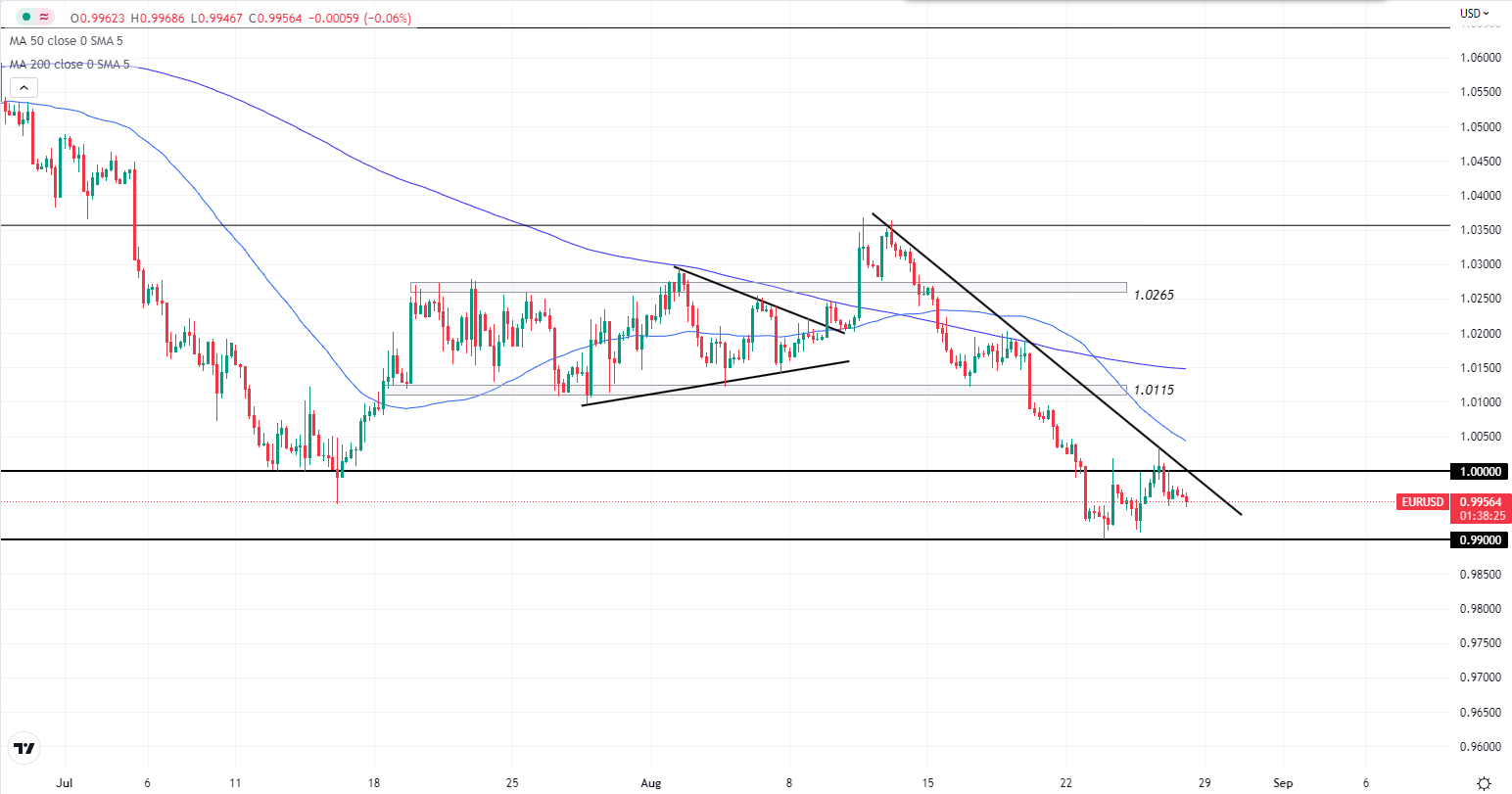 Trading volume has slowed down as the market is waiting anxiously for  Powell’s speech, the PCE Price Index, and everything that might be happening at Jackson Hole. Looking at the technicals, the bearish trendline is still intact and prices are still trading below both the 50 and 200-period moving averages.

While the Euro is trying its best to push the price back above 1.0000, USD strength is not diminishing. EURUSD will be the major pair to focus on with it being the most traded FX pair. 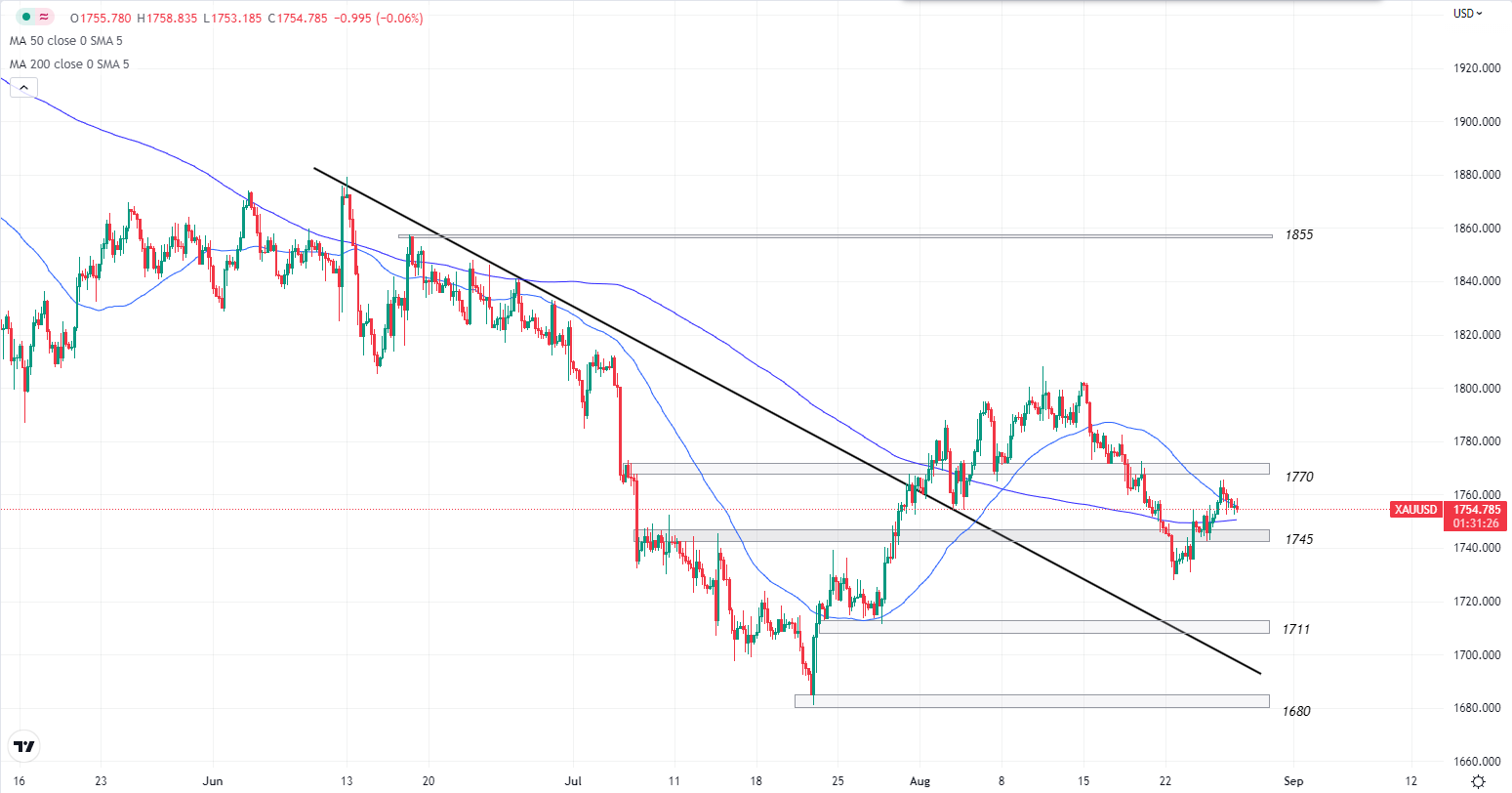 Trading activity on gold can be seen softening as well ahead of Powell’s speech and Jackson Hole. It is one of the instruments that reacts violently to macroeconomic developments and consolidation is signaling an impending breakout.

The yellow metal is only up + 0.36% or $6.58 for this entire week which shows indecision among market participants. Personally, I would only look for opportunities near key levels such as 1711 and 1800 to avoid getting trapped by random price spikes.

A break below 1711 could resume gold’s bearish trajectory while a break upwards of 1800 could push gold’s prices higher. 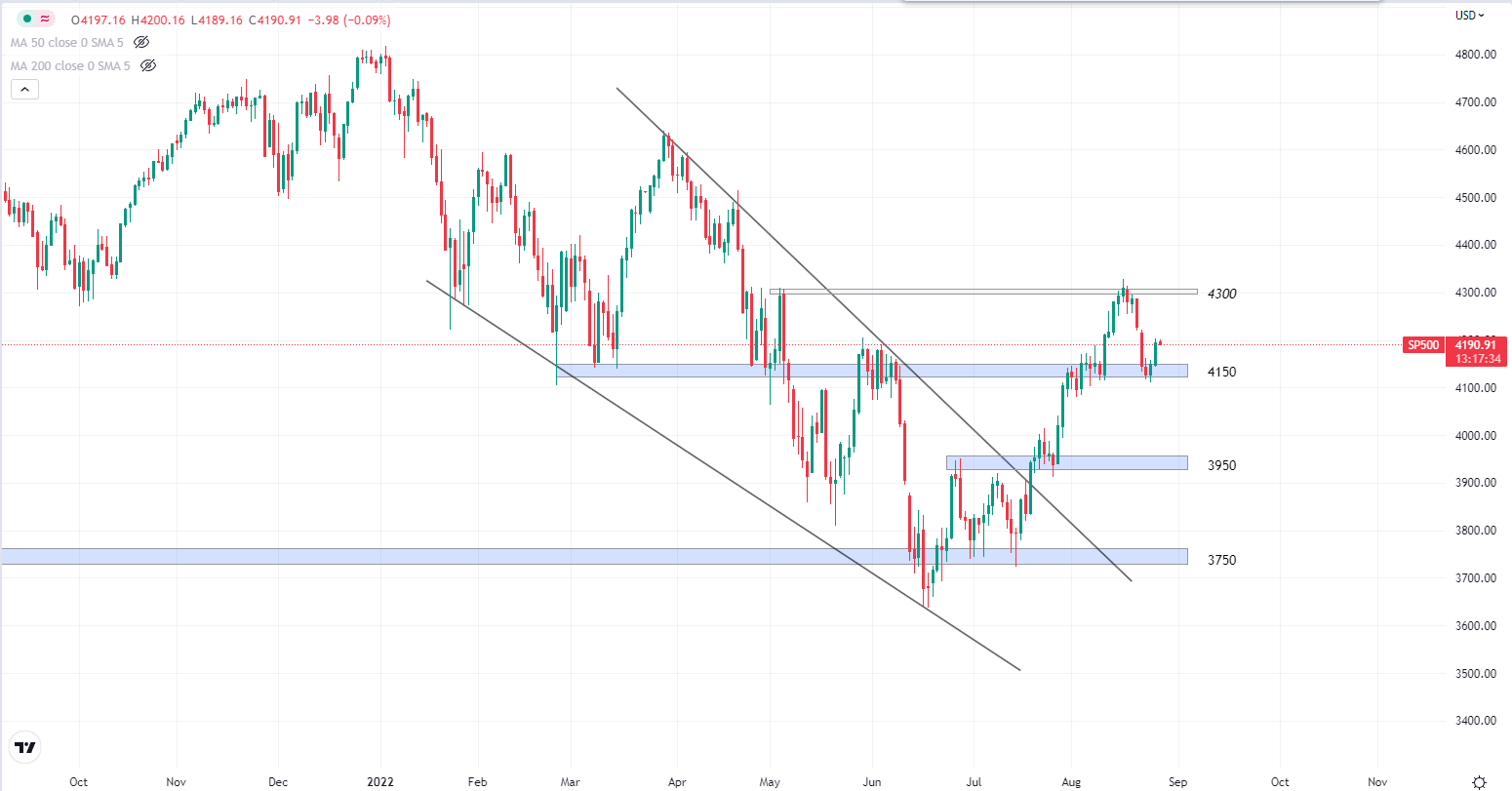 SP500 gapped down to start the week and proceeded lower to test 4150. Demand kicked in to drive the index back to near weekly’s open, suggesting uncertainty and indecision. If the PCE price index comes out higher than expected, Fed may remain highly hawkish which will cap further up move on equities. 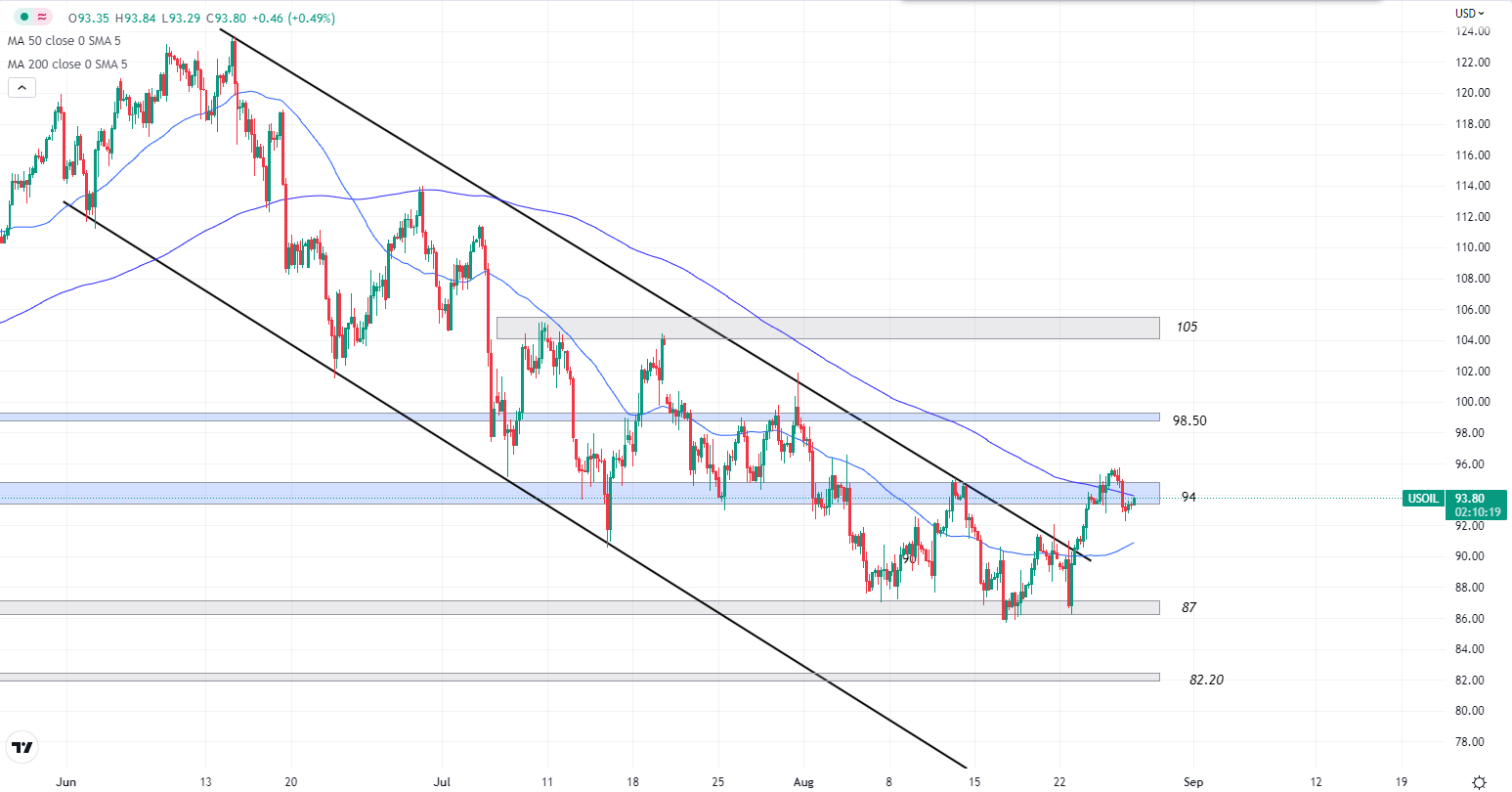 USOIL broke out from its bearish channel earlier this week following the news that OPEC+ may be inclined towards cutting their production if Iran nuclear deal revives and their oil production returns.

Crude oil slipped lower in the previous US session but has recovered some ground during Asia. The mood remains cautious as investors are sitting on the sidelines for further clues from the upcoming events (Jackson Hole and Powell’s speech).

200 period moving average is offering some resistance at the current price near $94 bbl. Future oil prices remain highly dependent on upcoming economic data from China and other key economies but the recent breakout tilts the odds to the upside.