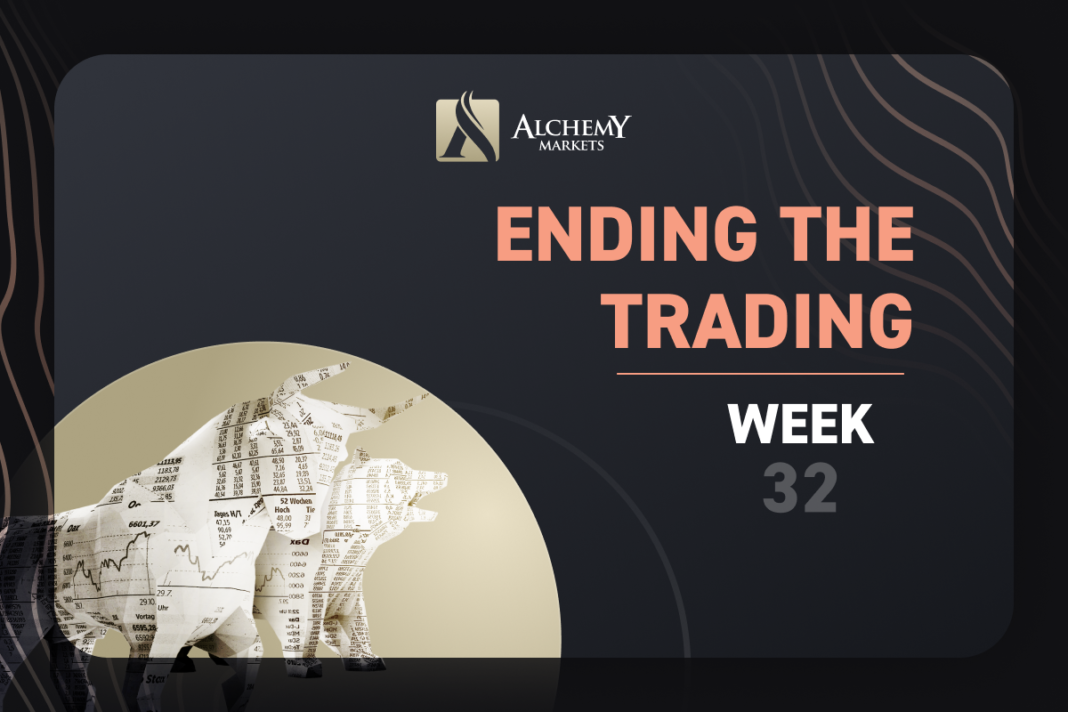 CPI data which came out on Wednesday delivered a positive surprise where the print was lower than forecast by 0.2%, standing at 8.5% for July YoY. Core CPI, excluding food and energy, was the same as the prior month at 5.9%, but lower than the 6.1% anticipated. Inflationary pressures started to ease, but is it sufficient for the Fed to alter its hawkish stances?

How did the market react? 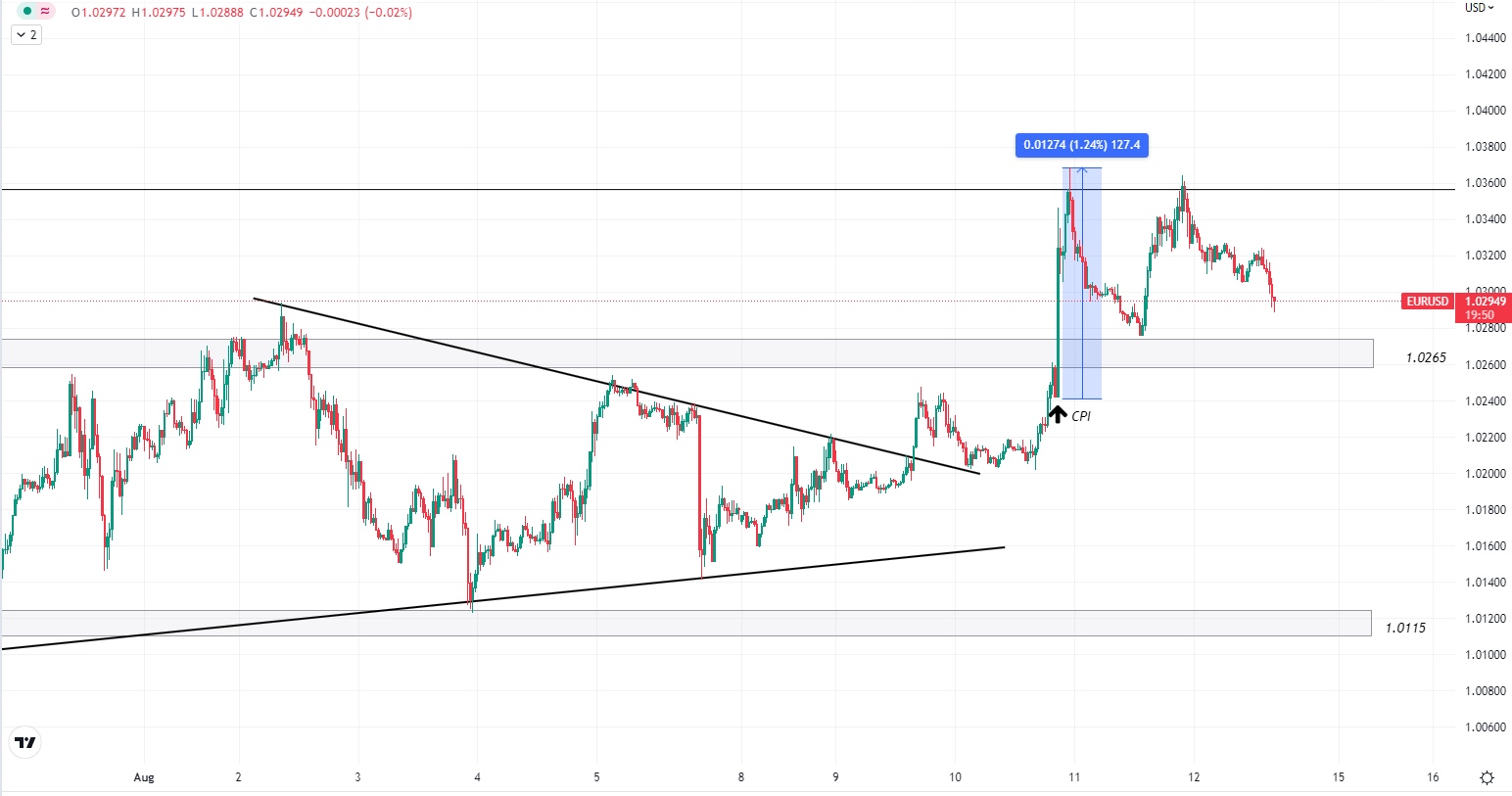 The fiber broke out from its triangle formation before jumping as much as 127 pips after the CPI data. USD weakens across the currencies board as we see a similar reaction on GBPUSD, AUDUSD and USDJPY just to name a few. However, 1.0360 seems to be a tough resistance as the pair made equal highs here.

Gold prices jumped by 1% or approximately $17 in the 30 minutes following the CPI announcement. However, bullish momentum subsided rapidly which led to a formation of a triangle pattern The yellow metal failed to build up a rally like most other metals do. We also observed a risk-on market post CPI across equities for instance…

The Nasdaq Composite posted gains of as much as 3.68 % in the next 24 hours following the CPI release as investors buy into risk assets, before undergoing a minor retracement. We can also observe bullish momentum is picking up steam as the slope of the upward trendline is getting steeper and thus the probability of a break above 13550 has increased significantly. Are we going to see the break later during the trading session or do we need to wait till next week?

What about the energy markets?

Oil prices climbed and look set to end the week in gains while recouping more than half of the previous week’s losses. IEA bumped their outlook for global oil demand to 2.1 million bpd due to power generation switching from natural gas to oil, caused by rising gas prices. On the contrary, OPEC reduced its forecast for growth in global oil demand yesterday by 260k BPD this year, which may in turn cap further price rise.

From a technical standpoint, USOIL broke out from our bearish channel and is flirting with $94 resistance as we speak. If the breakout is successful, we may be looking at $98.50 or even back to triple-digit oil prices.

The leader of cryptocurrencies also benefited from CPI’s pleasant surprise where it posted a gain of 4.73% in the hour following the release. The buyers then manage to maintain their strength which pushed the price further to a higher near $25000 before a healthy correction takes place.

Bitcoin is forming a rising wedge pattern while trading above the 50 and 200 period moving average, looking ready to trade higher. $25500 (that is from a previous swing low) will be acting as the immediate resistance for the buyers. There could be a potential opportunity to go long should the price retraces to the lower end of the rising wedge, or even as low as the $22400 support area.