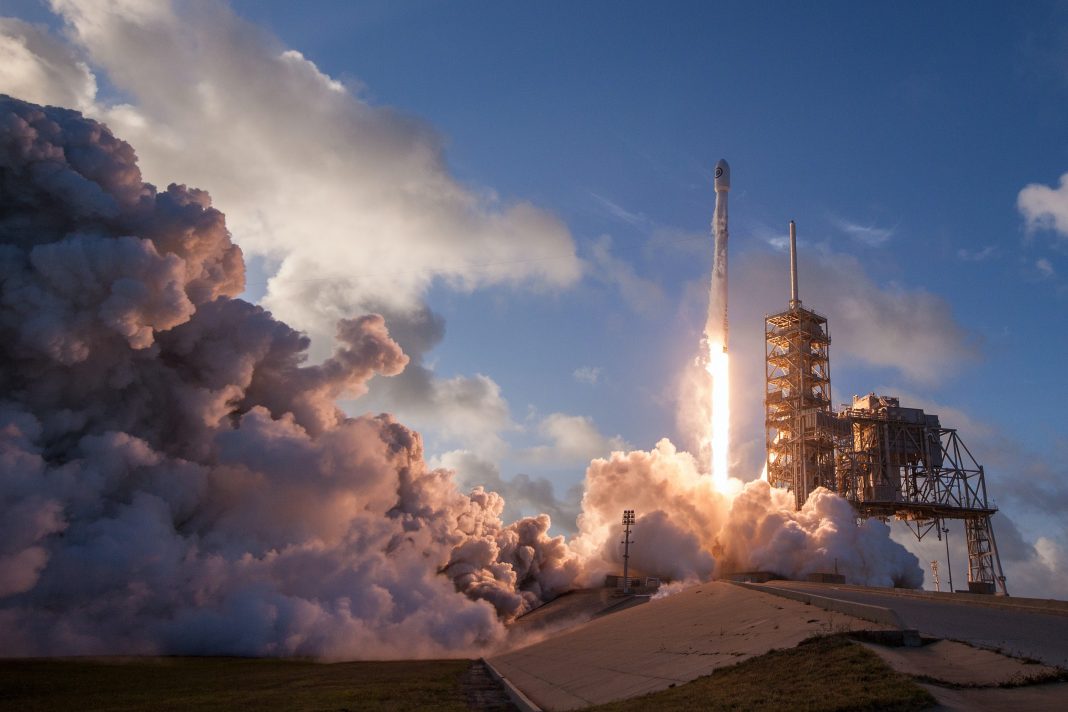 SpaceX by Elon Musk might be the most well-known space exploration company, but he definitely isn’t the only megarich businessman with a vision for humanity’s intergalactic future.

Just this month, 2 of the world’s richest people launched themselves into space. They are Richard Branson, founder of Virgin Group, and Jeff Bezos, Amazon’s founder.

Richard Branson took the lead by going into space on his rocket ship on July 11th along with five crewmates. Jeff Bezos quickly followed suit 9 days later with his brother and two other partners.

So, what are the differences between the 2 flights?

Richard Branson’s space company is called Virgin Galactics and the flight was carried out in the VSS Unity spaceplane. The crew lifted away from their company’s Spaceport America launch site near Truth or Consequences in New Mexico.

On the other hand, Jeff Bezos launched off from Blue Origin’s West Texas Launch site in their New Shepard booster.

Virgin Galactic’s space plane is air-launched by design which means it is carried to about 45,000 feet by another aircraft and then the rocket engine ignites and brings the plane to space. They flew above the 50-mile altitude, which is recognized as the boundary of space by the Federal Aviation Administration and NASA.

Blue Origin’s New Shepard booster is more like a typical rocket whereby the capsule on top can be detached. Bezos and his crew reached a higher altitude of 62 miles into space.

Richard’s whole flight was live-streamed and the full footage can be watched here whereas there is only an audio recording for Jeff’s flight.

In terms of travel time, Blue Origin’s flight only lasted for about 11 minutes whereas Virgin Galactic’s flight lasted approximately an hour from takeoff to touchdown.

What are the similarities then?

Both launches are safe and complete, phew. And both teams were able to enjoy the weightlessness in space for a short period, though most people will not have a chance to experience that during their lifetime.

However, this is only the beginning of commercial space travel. SpaceX, Blue Origins, and Virgin Galactics are all geared up to send humans to space as soon as possible and with enough cash, you can book a ticket for yourself too.

With that being said, only Virgin Galactic’s shares are publicly traded at the moment.

Let’s have a look at its chart.

Several interesting observations can be made here. The stocks were extremely hyped-up and volatile days before Richard Branson went to space himself. However, we noticed the share price tanked violently after he took the space trip. At the time of writing, the stock is trading almost 40% lower than it was prior to the space trip. The stock could be a great instrument for risk-taking traders as it could be considered trading in a discount price range.

On the daily chart, we can see that the price is lingering around major support at around $28.4 per share. Should the bulls come into the markets, bullish momentum could resume and we could potentially see the share price double up and test the highs of $60 area again.