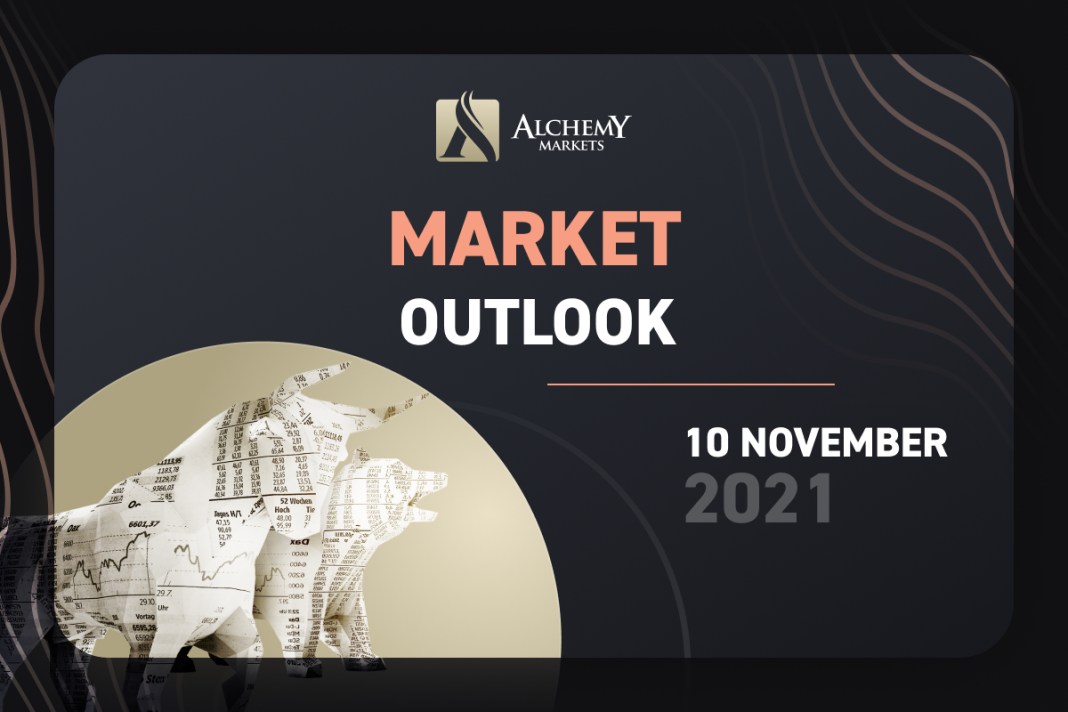 Crude oil prices climbed during yesterday’s trading, rising approximately 3.1%. The White House has put some pressure on OPEC and its allies to increase supply but they remain their output at 400k barrels per day. Consumers were saying that the volume is insufficient to catch up with the pace of recovery post-covid.

Looking at the chart, crude oil broke out of the bullish flag and is trading above the 50 and 200-day moving average.  The previous day high was holding on as a minor resistance during this Asian session.

Gold is testing a key resistance area at 1834 after it made a nice higher low and NFP gave a good boost to the precious metal. The bulls are currently taking a breather in this Asian session and market participants are just waiting for the key CPI data which will be released later today. All in all, there is a good chance that the pair is going to have a nice breakout to the upside as real yields stay in the red.

The Australian Dollar has been one of the weakest G10 currencies for the past 10 days as it continuously slid to the downside by 2.5% or 190 pips against the greenback.

The pair is barely supported by the 50-day moving average. Could it be making a new higher low, or the bearish momentum is going to solidify as the Australian Unemployment data comes out tomorrow, completing the bearish flag formation on the daily timeframe?